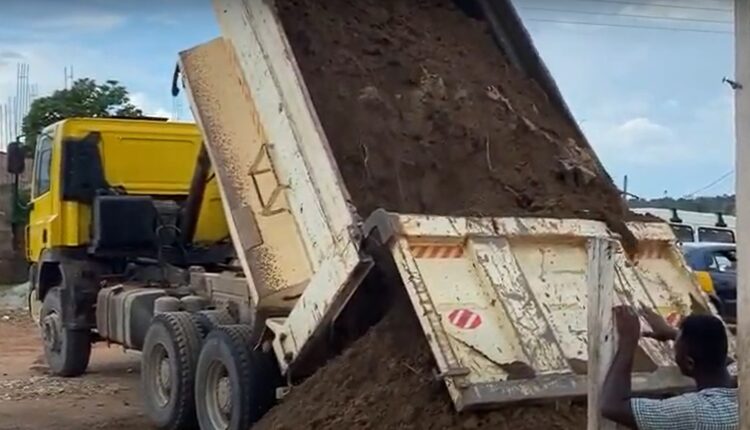 A toddler has died after a truckload of sand, unfortunately, offloaded on him on Wednesday, October 13, at Awutu Ahutem in the Central Region.

The father of the deceased had requested the sand for construction works which he directed the driver to a construction premise when the truck arrived with the load.

To the father’s blindside, the kid had followed him to the construction area where he went to monitor the activity.

After he returned home, he noticed the absence of the toddler which he organised a search party to fish out his missing son in the vicinity but to no avail.

However, the search party then proceeded to search the area where the sand was offloaded earlier after the family was advised to do so.

They then dug through the sand and later discovered the lifeless body of the toddler.

The father then claimed he was unaware that his son followed him outside to the construction site, same as the truck driver who also denied any knowledge of seeing the deceased when offloading the truck.

The case has since been reported at the Awutu Bawjiase Police Station where an investigation is expected to begin soon whiles the body has been deposited at the morgue by the police.