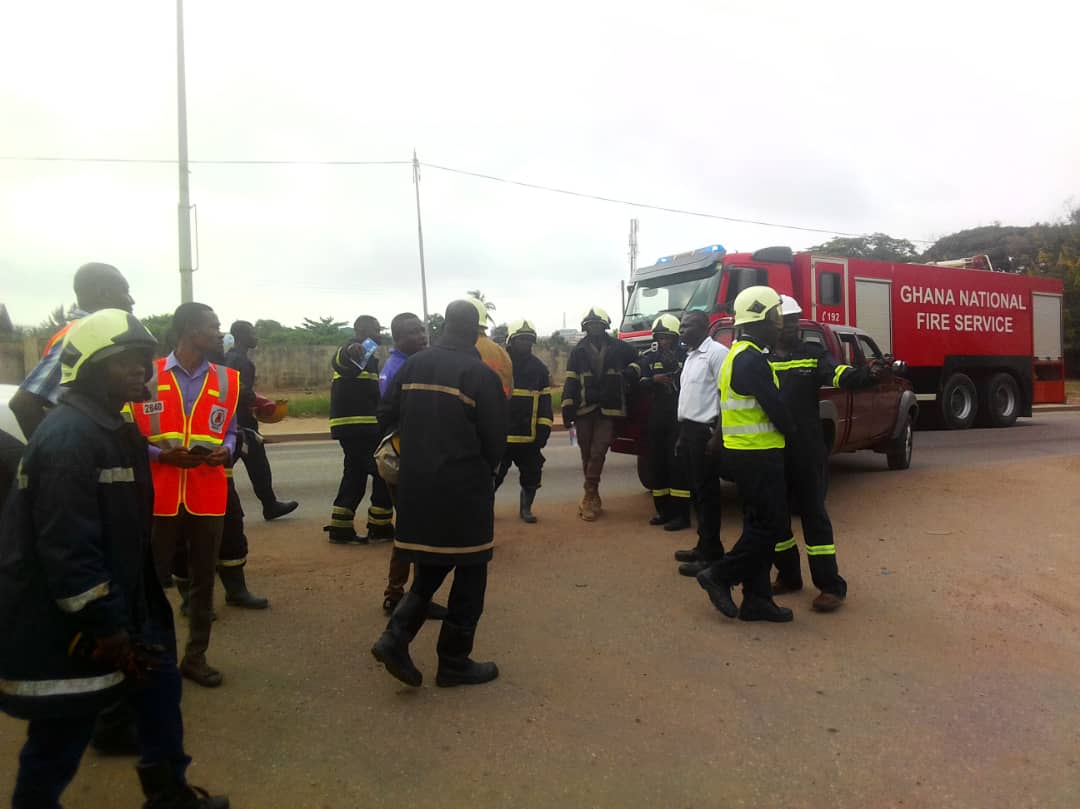 Sekondi-Takoradi was early this morning thrown into a state of panic as there was a threat of a disastrous fire accident at the Ghana Utensils Manufacturing Company (GUMCO), over a wild gas leakage that happened this morning. Had the hazard been allowed to spread, the entire company and parts of New Site, a suburb of the Takoradi, would have been ravaged by fire.

An unfortunate gas explosion hit the same utensil factory in May 2017 resulting in hundreds of casualties.

This time, the fire service had been apt in curtailing any fire disaster. The road that leads from Paa Grant roundabout to Effia Nkwanta Regional Hospital was blocked this morning, and rippled into a huge traffic building up on the Effia Kuma- Porters stretch on the Cape Coast- Takoradi highway.

A worker of GHUMCO, explained to Skyy News, a team was discharging LPG this morning at 6:50 and in the process the discharging hose developed a fault. According to him, the fault couldn’t be rectified and as such the entire staff on duty were instructed to vacate the premise to avoid any injuries or death.

“We were discharging gas this morning but the driver realised the pressure was low so he decided to do something about it. He went in to the vehicle and altered something…and then the pressure increased. A few minutes later we noticed the hose quaking… it went out of control and it went off the valves” he narrated. 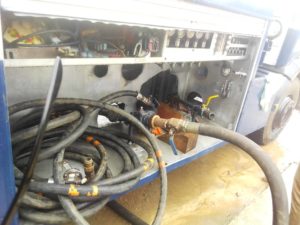 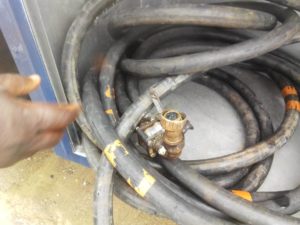 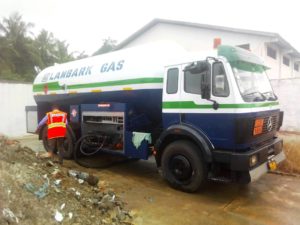 Metro Fire Officer with the Ghana Fire Service, Divisional Officer grade I, James Ankrah assured the public not to panic. He stressed that the situation has been curtailed. He however charged that the company builds the capacity of staff in managing gas leakages as a matter of need.

“It is a requirement that drivers and their mates who do the discharge are trained to follow discharge protocols”, said. 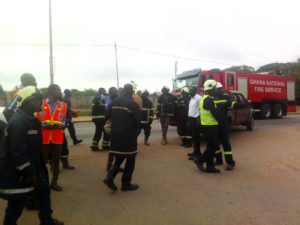 In the meantime, the Mayor for the Sekondi Takoradi Metropolis, Anthony K.K Sam have instructed that a thorough assessment be undertaken of the incident, to inform authorities of the exact intervention that must be implemented to avert future occurrence. He however hinted of some punitive action against the company if the accident was borne out of negligence.

Some residents who were struck into panic are demanding city authority relocates the factory.