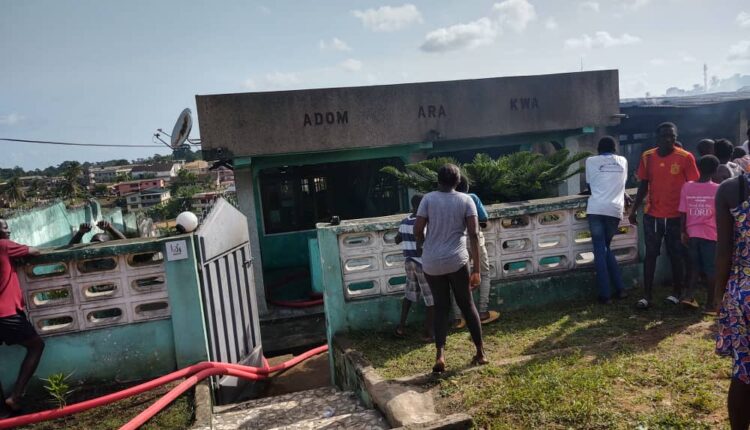 Properties running into thousands of Ghana cedis have been ravaged by fire in a house near Kweikuma ridge in Sekondi-Takoradi.

The fire according to an eyewitness started around 2 pm on Sunday, May 8, and firemen were called after attempts by tenants in the house to quench the fire failed.

It took the firemen about 3 hours before putting off the inferno.

Skyy news spoke to an eyewitness and a tenant who was in the house at the time of the incident and said, “I was inside my room sleeping when I heard a blast, I did not know what might have caused that but another tenant went to check and found thick smoke emerging out of another room.”

“I escaped with a gas cylinder in my room because I did not want it to cause further damage… all my properties got burnt including my money, all the rooms were affected.”

Also, the owner of the house according to the tenants is residing outside the country.