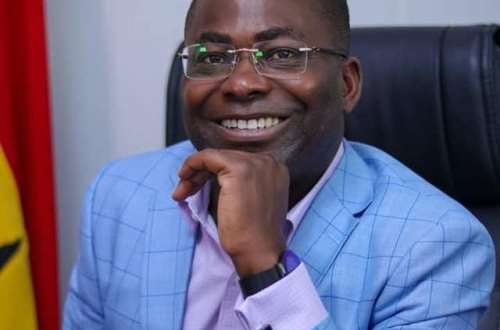 There’s nothing like borrowed seats; We ought to protect our gains – Charles Bissue

An aspiring General Secretary, Charles Onuawonto Bissue has argued that the New Patriotic Party (NPP) couldn’t have suffered great losses in its parliamentary seats if the party had worked to protect and consolidate what it won in the 2016 general elections.

He indicated that it is factually incorrect to justify that a number of the lost seats were ” borrowed” from the opposition National Democratic Congress (NDC).

The seasoned politician stressed that such a preoccupation is defective, adding that the interest of any political party and for that matter, the NPP, is to win and consolidate the gains made over time.

Speaking on Asempa FM’s Ekosiisen show, the struggles in opposition should have motivated the party to work harder at protecting its interest during the 2020 election.

“I don’t know about borrowed seats. No! There is nothing like that. How did we get it in the first place? So when you get it, you use that antidote to suppress things and actually consolidate them. And once you get it, you grasp it with the speed of light, and then you consolidate it.”

His comment comes on the back of a claim by the incumbent General Secretary, John Boadu that the losses in parliament the NPP suffered included borrowed parliamentary seats.

Commenting further on the subject, Mr Bissue shared that, his team of executives in the Western Region, considered the seats they won from the NDC in 2016 as marginal and orphan seats given that they had to protect it from being recaptured by the opponent.

“In the Western Region, there were certain seats we treated as orphan seats because the margins were not huge. Yes, they were traditional seats of the opponent and we had to protect our gains.

We’ve adopted the seats and need to care for and protect them lest we lose them. So once you grasp it, you need to hold on to it”

Albeit, he urged party people not to blame any individual for the losses, adding that every officer and member of the party must feel responsible for the outcome of the past election.

He emphasized that “as much as we want to share in the victors, we must be held responsible for this undesired outcome.”

The General Secretary hopeful charged party people to continue supporting and working for the NPP, especially in its quest of breaking the 8-year jinx.

He mentioned that with the collective effort of party members and executives, the NPP stands a greater chance of retaining political power come 2024.