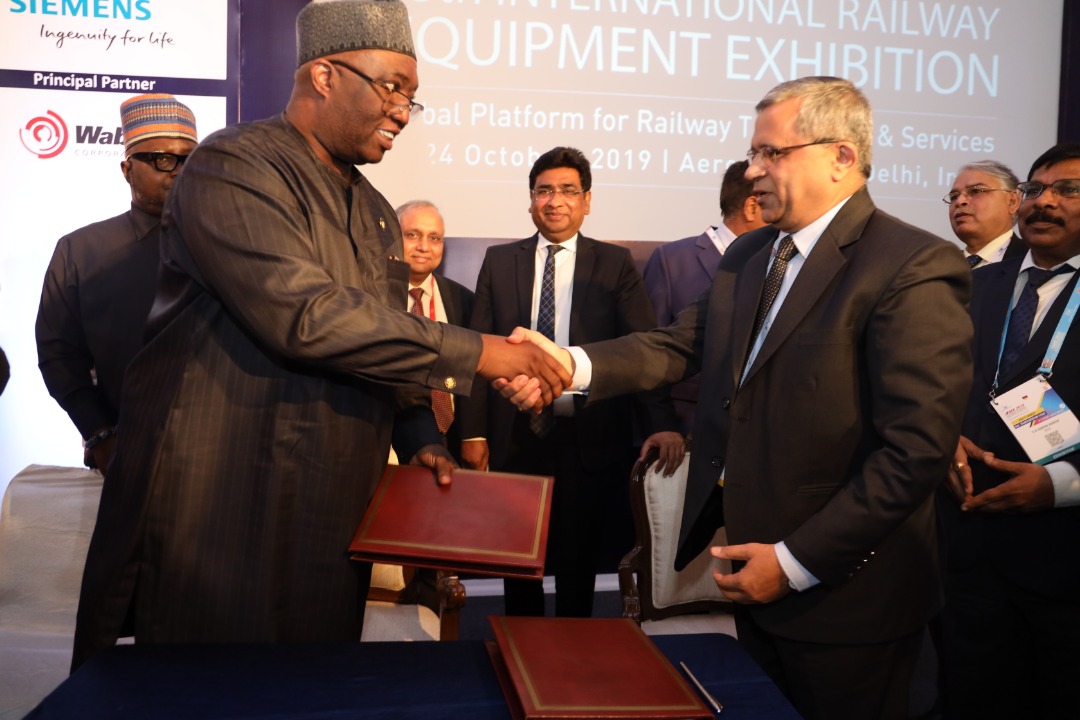 The Rail revolution in Ghana and African is gaining moment, with an ambition of transforming the African economy, Ghana’s Minister for Railway Development, Joe Ghartey has said.

The Minister who was the guest of Honour at the 13th edition of the International Railway Equipment Exhibition (IREE 2019) held in AEROCITY, New Delhi, India, noted in his address that African countries that are aggressively pursuing rail infrastructure development stand to enhance their economic growth through the railway sector.

“The rail revolution in Africa has started. Ghana is part of this revolution, and I’m confident that within the next three years the difference between the economies of African countries will be guided mainly by those who took the railway as an important part of their economic development” he contended.

Sharing a historic account of railway development in Ghana at the conference, Mr. Joe Ghartey indicated that the country was with a 947 kilometers of narrow gauge rail network when it gained Independence from the British in 1957. He disclosed that just about 100 kilometers of that railway network was in operation when the Nana Addo led government took office in 2017.

Mr. Joe Ghartey emphasized that the current government having acknowledged the crisis and imminent collapse of the  railway sector created an entire Ministry [Railway Development] to revamp it.

He mentioned that government through his ministry has over the past two years made significant progress in realizing the agenda of railway transformation.

“Over the past two years, we’ve done our best to give meaning to the vision of creating a new and modern rail network in Ghana.

“…our old network was narrow gauge but our new network we developing is a standard gauge network and we intend to develop over 4,000 kilometers of rail within the next ten years. This 4000 km will not focus just on Ghana but will join Ghana to our neighbours in the North, East and West” Mr. Joe Ghartey elaborated.

He continued that an Indian firm; Afcons Infrastructure Limited is currently developing a 1000 kilometers of rail from the Port of Tema to the capital of Burkina Faso, Ouagadougou.

Out of this 1000 kilometer Ghana- Burkina Interconnectivity Rail Project, a total length of 800 kilometers of rail lies within Ghana and 200 kilometers extending through Burkina Faso, he added.

“Our railway line from East to West; from Togo to Cote d’ivoire, our Trans ECOWAS line is also going to be developed very soon”

He disclosed that another Indian firm; KEC International has expressed interest to develop the first session of the rail line.

He acknowledged that India playing a crucial role in Ghana’s railway development, and thus thanked them for their support.

Mr. Joe Ghartey ended his address with a clarion call on partners and prospective investors for Ghana’s railway development, to explore innovative and technological measures to sustain the development and growth of the railway sector.

IREE is India’s Largest Railway Exhibition and convergence of global rail industry organised by Confederation of Indian Industry (CII) in association with Ministry of Railways, Government of India, which provides an opportunity to be part of the current initiatives of the largest ever modernization and expansion plans of Indian Railways. The exhibition provides a platform for showcasing the latest technological advancements, new products and innovations directly to the large number of decision makers from Indian Railways.