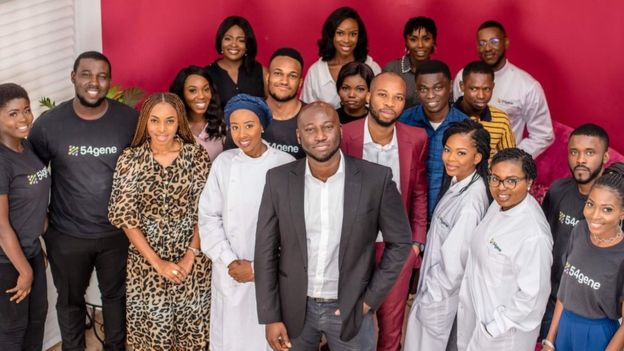 Black Africans are at disadvantage when it comes to drug treatments because they represent only 2% of the genetic samples used for pharmaceutical research, but a new Nigeria-based genomics company wants to change that.

This dearth of genetic studies on diverse populations also has implications for risk prediction of diseases across the world, according to a scientific paper published by US-based academics in March.

According to Abasi Ene-Obong, the founder and CEO of biotech start-up 54gene, black Africans and people of black ancestry are more genetically diverse than all of the other populations in the world combined, making their genetic information “a huge resource to be tapped”.

He has set up a genetic research laboratory in Nigeria’s largest city of Lagos from where his team plans to analyse some 40,000 DNA data samples by the end of 2019, with a view to reaching 100,000 over the next 12 months.

Dr Ene-Obong says that knowledge of the role genetics plays in diseases will help in developing relevant treatment.

“Drugs are not even made with Africans in mind, they are not trialled clinically with an African population, so what you have is drugs with lower efficacy for African populations and with poorer safety profiles,” he told the BBC.