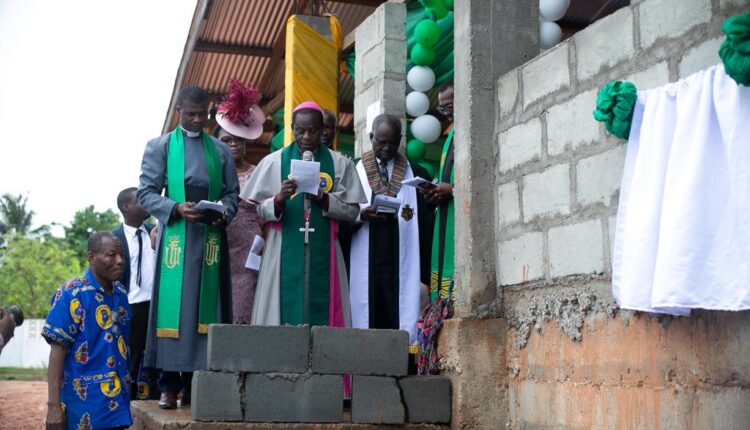 The Methodist church is said to have solidified its strategy to protect its congregation anytime and anywhere there is a gathering in the wake of a high alert by national security on the possible terrorist attack on Ghana.

Speaking to our reporter on the sidelines of a Foundation Stone Laying Ceremony of the Methodist Church of Ghana – Windy Ridge Society here in Takoradi, Bishop of the Sekondi Diocese Rt. Rev. Daniel De-Graft Brace mentioned that the church built some security structures in the various Churches across the country some two years ago when the similar call came from the security agencies.

The Church he said has since activated those strategies which he will not disclose but said the church is strengthening those strategies with security education to church members anytime they meet the congregation and even on social media platforms.

He said, “God wants to secure his people and for them to live in safety, about three or four years ago when the issue of the national threat came into the news, the church made sure to put various security measures in place.”

“As the Minister has announced about terrorism threat, we are reactivating our security measures and educating our members to watch out for strange people and activities in the society.”

Rt. Rev. Daniel Brace De-Graft Brace however cautioned Christians to descend on the type of prophecies they clenched. He said Christians must view and analyze prophecies in the word of God.