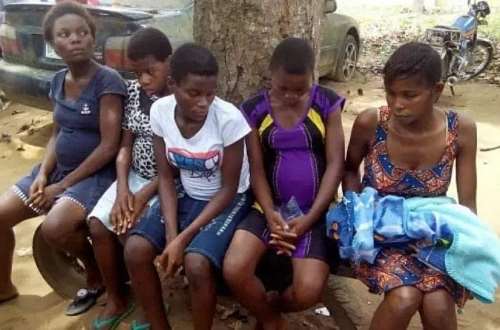 Teenage Pregnancies on the decline in the Central Region

Statistically, the figure indicates a drastic drop of 613 of the cases.

Mrs Justina Marigold Assan, Central Regional Minister, made the revelation at a day’s engagement on “Teenage Pregnancy and Sexual and Gender Based Violence”, with members of the Population and Development Committee as well as the Youth Caucus of Parliament in Cape Coast.

The Youth Caucus of Parliament is made up of young Members of Parliament led by Mr Elvis Morrison Donkor, the MP for Abura-Asebu-Kwaman-Kese (AAK) Constituency.

It is being supported by the United Nations Population Fund (UNFPA), aimed at equipping the MPs with knowledge on issues affecting adolescents’ health rights and the impact of teen pregnancies on teen mothers and the nation at large.

Mrs Assan, said efforts by stakeholders over the years, had yielded positive results but there was still room for improvement, adding that the target was zero teen Pregnancy in the Region.

She called on the MPs to collectively join the fight against combating the canker in the country as their zeal and commitment would help conquer the menace in their various constituencies.

That should also engage more disciplined and well trained youth who would support in the transformational agenda in the years ahead.

Dr Sebastian Sandaare, MP for Daffiama Bussie Issa Constituency in the Upper West Region, cautioned unscrupulous men who take advantage of teen girls to desist from the act or face the law.

He proposed severe punitive measures locally, to deal with such men in various communities and called for the inclusion of adolescent education in the national budget to financially assist advocates and educators to step up efforts to end the phenomenon.

Mrs Doris Mawuse Aglobitse, the Programmes Analyst, UNFPA stated that gender equality could not be achieved without the involvement of boys and men.

She called on stakeholders to consider bringing boys in the picture to effectively deal with the issue since they were seriously having sex with the girls.