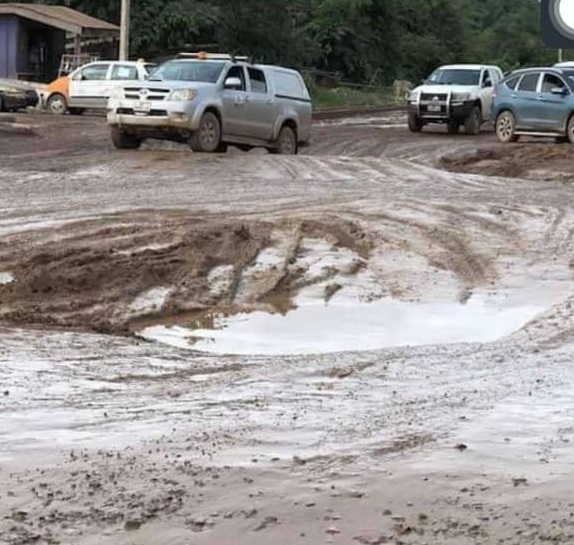 Another resounding conviction on government’s preparedness to construct the Tarkwa- Wassa Agona section of the Tarkwa-Takoradi highway has been communicated by the Western Region Minister Kobby Okyere Darko Mensah, to the people of the Tarkwa Nsuaem Municipality.

The Minister, in his address to the Western Region House of Chiefs yesterday, stated that “Takoradi-Tarkwa road cannot miss government’s attention, and I am happy to announce that work will soon resume on this road”

The 16 Kilometers road has been awarded to Asabea Engineering Limited for re-engineering and asphalting. Work begun on the road in 2016, with concrete drains constructed along its shoulders, but was suspended due to some contractual difficulties.
In 2018 it was repackaged and officially awarded to the construction firm. The excitement that came with this news was huge, with many highly expectant of seeing this project completed soon.

However, this dream has become a “mirage”. The road has further deteriorated- with huge gullies and rats- making it virtually impossible to drive a salon car on it.
The anger of residents couldn’t be contained any longer. Series of demonstrations have been mounted by Chiefs and the community to get government to fix the road. A recent planned demonstration was foiled by the Police Service over claims of vandalism that characterized a mammoth demonstration the community embarked on in April 2019, when the President of the Republic, H.E Nana Addo Dankwa Akuffo Addo was on a tour in the Western North Region.

Taking cognizance of these concerns, Hon. Kobby Darko Mensah told the chiefs that “the biggest challenges facing the region is bad road network which has been at the center of issues since I resumed office. I want to assure you that most of the road in the region will be upgraded as some of them have already been awarded for work to begin.”

Update of Work on the Tarkwa Road
Asphalting work has begun on some parts of the Tarkwa–Wassa Agona highway after series of protest by residents in the Tarkwa-Nsueam Municipality.

This approach taken by the contractor has been questioned by many as to whether it was the right choice of place to at least alleviate the discomfort of motorist and pedestrians that use that road. Some residents expected the contractor to have worked on the gullied and ratted sub-base of the road that stretch from Tamso to Tarkwa before embarking on the asphalting phase.