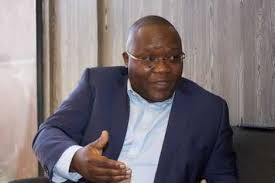 The Programs Director of Transnet, Wilson Mogoba has given a positive review of the work that has been done on the Takoradi -Tarkwa rail line, describing it as being in a much-improved condition than it was a few years ago when they came to inspect it. He has, therefore, praised the Ghana Railway Company Limited and the Railway Ministry for the great work they have done on the line.

According to him, his engineers who have toured the line have observed that it is in great shape and needs only a few touches to be added.

“So the last time we were here – that was back in July, 2018, we surveyed the lines and at the time, we picked up that there was some significant work that needed to be done, and we shared that with the Ghana Railway. This time round, we’ve returned with our technical teams, and as a matter of fact, that yesterday the technical teams surveyed the line all the way from Takoradi to Tarkwa.

“The report that they’ve given me is that they’ve seen much improvement in the line; the quality of the line has become much better than it was before, which obviously is testimony to the work that has been done over the time. But still, there are some areas that we can come and assist in making them a bit better. So our focus is largely to just come and help strengthen some of the areas that have not necessarily been attended to. But yes, generally speaking, the line has become much better from the last time we saw it,” he stated.

The Tarkwa-Awaso line is the line that links Tarkwa to the bauxite producing town of Awaso. Before independence to the nineties, this line fetched the country millions of cedi in hauling bauxite from Awaso to the Takoradi Port. But from 2007, the line has not been in use because the majority of the ore has been hauled to the Port on road.

Speaking in an exclusive interview with Skyy News during a working visit to the Western Region, in the company of Mr. Kojo Quainoo, the Chief Executive Officer of the company’s local partner, Adasa Keteke Company Limited, Mr. Mogoba revealed sadly that his engineers observed that the railway line between Tarkwa and Dunkwa to Awaso has been destroyed completely due to the activities of illegal miners in the area, adding that it will, therefore, take a longer time to rehabilitate the line and put it back to use.

“My engineering team went over there, but I think a very big thing that they saw was that the line basically between Dunkwa, Tarkwa, as well as Awaso, does not exist anymore. It’s been uprooted; there’s been a lot of mining activities, I believe you call it galamsey here. And because of that a lot of the railway line itself where it used to be is just full of holes that are full of water. So practically from Tarkwa through to Dunkwa all the way to Awaso there’s no more I railway line, which then means that a lot of work will have to be done to rebuild that piece of infrastructure,” he added.

Mr. Mogoba, who is leading the team from Transnet to Ghana, further explained that the time needed for the construction works on the lines will differ because of the differences in conditions on the various lines. He stated that the Takoradi-Tarkwa line will take a shorter period to complete than that of the Tarkwa-Awaso.

“The work we’ve done, we are now going to get a report back from the engineers on the assessment of what needs to be done. But the good news is that the line between Takoradi and Tarkwa is going to take a relatively shorter period of time to bring that fully up to speed. But then the line from North of Tarkwa is gonna take some significant time because of the reconstruction that is required. I mean you need to understand that there used to be a line, and right now even my team was telling me of places where they go and houses are being built on top of the line.

“So you can imagine that now trying to rebuild the line and keep already leaving literally on top of the line it’s going to take some time to get that cleared up but that is something that we will then be working together with the railways and with the Government as well to make sure that we can sort it out,” Mr Mogoba stated.

Transnet is the largest and most crucial part of the freight logistics chain that delivers goods to each and every South African. Transnet plays a critical role in furthering South Africa’s strategic and economic objectives and is actively refreshing its brand as it moves into new markets, expands and diversifies its service offering, and redefines its market position.

Transnet operates as an integrated freight transport company, formed around a core of five operating divisions that complement each other. These are supported by a number of company-wide specialist units – Transnet Group Capital, Transnet Property and Transnet Foundation- which underpin our company.

Transnet is made up of the following operating divisions:

As a state-owned company, Transnet continues to leave an indelible mark on the lives of all South Africans. With a geographical footprint that covers entire South Africa, Transnet is inextricably involved in all aspects of life in the country.

Prices of food stuffs continue to increase in major markets.