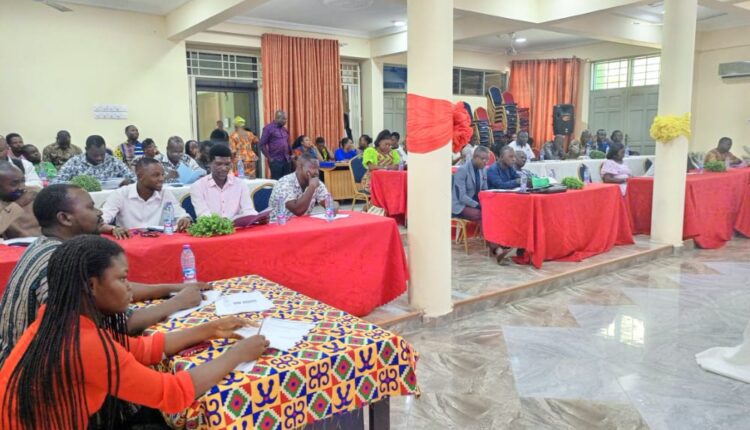 The Tarkwa-Nsuaem Municipal Assembly in the Western Region has approved its annual action plan, fee fixing resolution and draft composite budget for the 2023 fiscal year.

40 out of the 43 assembly members endorsed the documents at a special assembly meeting at Ahwetieso.

Mr Benjamin Kessie, the Tarkwa-Nsuaem Municipal Chief Executive (MCE), in his address, said the documents would outline key development-driven programmes to be implemented in the Municipality next year.

“Our Assembly continues to be the envy of others as our joint effort keeps on improving service delivery to the people we are duty bound to serve” he stated.

“Again, in the recent Western Regional Budget hearing organised in the Wassa Amenfi East Municipality, the draft composite budget of our assembly was to be used as a case study for other districts to emulate.

“The achievement came as a result of the joint effort between our assembly members and abled technocrats, whose assistance over the years continues to glow the face of the Municipality”.

He beseeched both parties to strengthen the collaboration as they all yearned to improve the lives of inhabitants in the Municipality.

The Presiding Member of the Assembly, Mr Emmanuel Gado, who doubles as the assembly member of Cyanide Electoral Area, earlier reminded his colleagues that the documents before them were not new and that it was only an extract from the four-year development plan, they approved last year.

“The finance and administration committee and the executive committee of the assembly have all gone through it at their meetings and given their concerns”.

Mr Gado called on the assembly members to endorse the documents for the assembly to raise more revenue and work on many development projects.