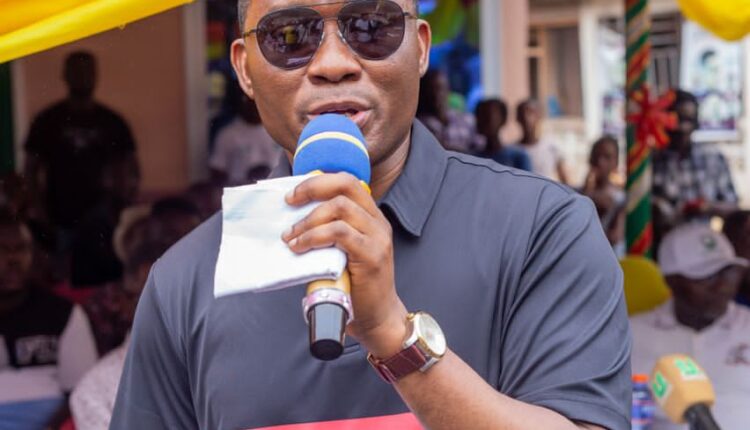 Member of Parliament for Tarkwa Nsuaem George Mireku Duker has commissioned a health facility for the people of Senyakrom, a community in Tarkwa of the Western Region.

The 181,000 Community Health and Planning Services post (CHIPS Compound )is in fulfilment of the MP’s promise when he was campaigning for his term as a member of Parliament in the constituency.

The facility has consulting, delivery and recovery rooms, OPD, Reproductive and Child Health Unit, washrooms and a kitchen.

Hon. Duker who is also the Deputy Minister for Mines and Natural Resources thanked the community for their support and for keeping faith with the NPP Government.

According to him, any promise he made to the people in the Constituency will not be lip service but will be fully implemented.

He said many pessimists doubted him and even described his promise as a mere political talk but it is now a reality.

He disclosed that Tarkwa will soon have an international sports stadium for international matches which will boast the Municipality’s local economy.

The Health Director, Mrs Caroline Otu thanked the MP for the facility and promised that it will be put to good use.

She said the best health professionals have been assigned to the facility and called on the community for their support.