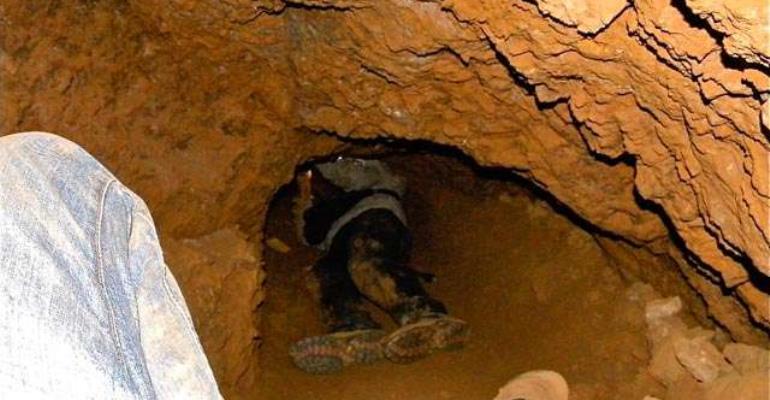 Four Illegal miners have been confirmed dead in Tarkwa after a Galamsey pit caved in whilst they were still searching for gold.

The incident is said to have occurred on January 5, 2020, at their mining site in the Tarkwa Nsuem Municipality of the Western Region.

Reports from the area indicate the four miners went to scavenge for Gold in the mining pit when the sad incident happened.

Information has it that, two of them were trapped in the pit for days, and efforts to save their lives proved unsuccessful.

Two other miners in their relentless efforts to rescue the lifeless bodies of their colleagues unfortunately got them trapped in the process killing them instantly.

The bodies of the four miners have since been conveyed to the Tarkwa Government hospital for further investigations.

The owner of the pit, Mr. Ottoo who narrated the sad incident to Samuel Kojo Brace on Skyy Power FM’s Jolly Breakfast show indicated that it took the intervention of the police before the four were rescued. According to Mr. Ottoo, two of the deceased have been identified by their families.

“I work with them at my site in Tarkwa, we all went to work and two of them got trapped in the pit. We searched for them severally but due to the heat in the pit, we could not find them.

Two of his other colleagues decided to go and search for them but they were also trapped in the same pit. All four are dead, and their bodies have been conveyed to the hospital. It was the Police that came to assist us rescued them” Mr. Otto noted.

The names of the deceased have been given as Don Bortey, Black Arrow, Kwesi, and Apaa.