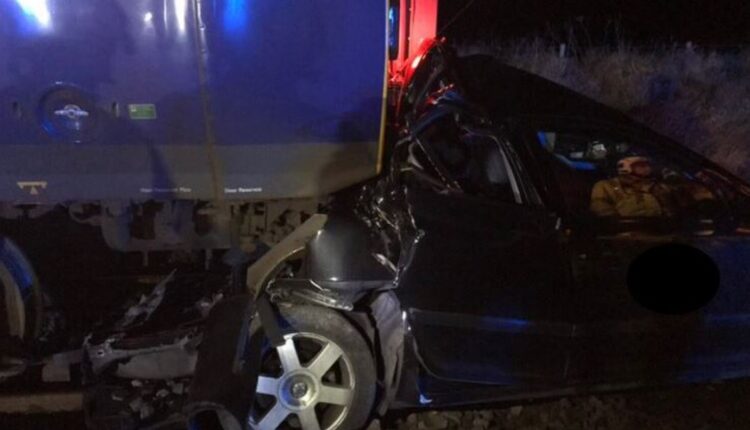 A taxi driver has crashed into a train at Nkotompo, a suburb of Sekondi-Takoradi in the Western Region of Ghana on Thursday, May 6, 2021.

Speaking to the Assemblyman in the area, he made it know the accident happened at around 9:00 am when the taxi driver with registration number WR 6983-19 drove past several cars in traffic who were waiting in line for the train to pass. The driver who was on a top speed and had no idea of the moving train rammed into the train totalling his vehicle.

Also, they initially thought the driver was dead but upon their inquisitiveness, they discovered he was breathing and was rushed to the Effia-Nkwanta Hospital to receive treatment.

The Assemblyman also revealed drivers usually go beyond the speed limit in that particular area leading to a lot accidents. He is pleading with the National Road Safety Commission to come to their aid by building speed ramps on the roads to reduce the accidents.