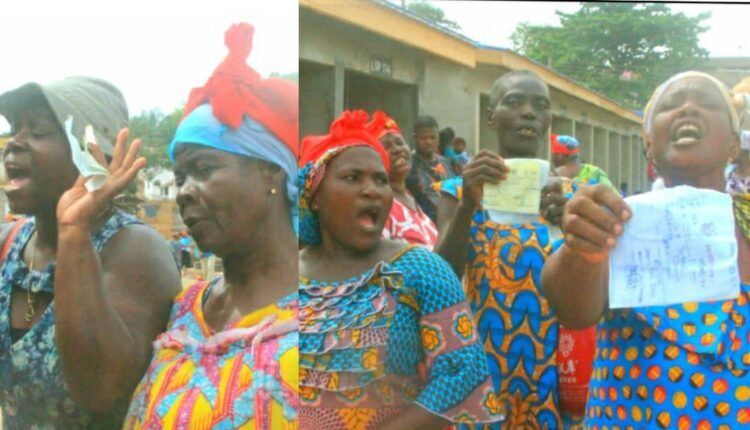 Takoradi: Market women are not being truthful – Mayor

The Sekondi-Takoradi Mayor, Mr. Abdul Issah Mumin has revealed that traders from the Market Circle are not being truthful concerning some allegations they have labelled against the city authorities.

Mr. Mumin spoke to the press during the Eid Celebration in Sekondi and indicated that, sheds and shops have been allocated to almost all the traders but some choose to sell by the roadside to attract customers, which has cause massive traffic and congestion at the road side.

He revealed the women lie about not being allocated with sheds so they can get the opportunity to sell at the road side which is not encouraging concerning the effort they are putting to maintain order.

He cautioned these market women who have been allocated a shed or shop to make good use of it instead of selling by the roadside which causes traffic and distress to the general public and failure to do so will cause one to lose his shed or store.

“Anyone who have been allocated with store or shed should make good use of what she has gotten and not sell on the street. We have made an announcement if they don’t move back to the sheds allocated to them, we will give it to people in need of it” He said.

During his speech, He made it known there will be a re construction of the Sekondi to Takoradi road into a dual carriageway.

He said, “It forms part of our quest to make Sekondi-Takoradi one of the best cities in the country. I have a broad vision for this city, I want to see Sekondi-Takoradi redeveloped. As we know the demolition of the Market Circle has begun. The preparation work of the road has reached the advanced stage and work will commence around June”