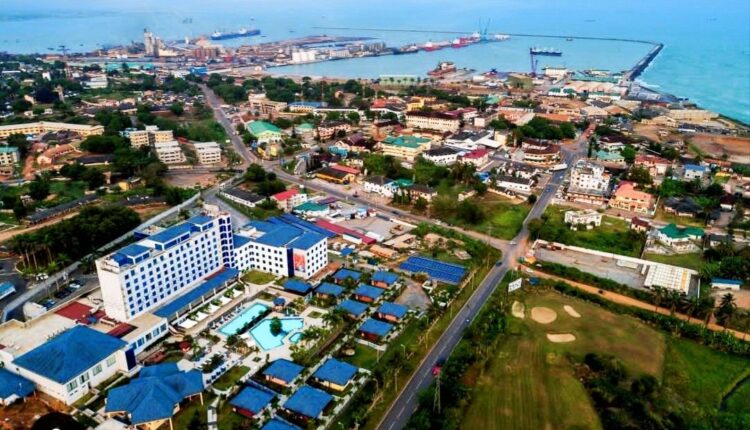 Sekondi-Takoradi is a city in Ghana comprising the twin cities of Sekondi and Takoradi. It is the capital of the Sekondi – Takoradi Metropolitan Assembly and the Western Region of Ghana.

However, Sekondi was the centre of attraction between the two cities as it was an older and larger town, flourished in the 1900s after the construction of the railroad to the interior goldfields to hinterland mineral and timber resources.

Sekondi and Takoradi became a single municipality in 1946 and became one city in 1963.

Sekondi is a mixture of old and new buildings on a hilly site, extending to the seashore. The old port is used by fishing and pleasure craft, and a naval station is nearby. Takoradi is well-planned, with modern buildings and tree-shaded residential areas.

Looking at the situation at the moment, Takoradi has become the centre of attraction, a more recognised and the most visited part of the Western Region as businesses are flourishing with a higher rate of investments and development leaving Sekondi for dead.

Some opinion leaders of Sekondi who are not happy with the development made it known, companies that were situated in Sekondi have all been relocated to Takoradi including the telecommunications companies as well.

Also, lorry or bus stations that were mostly concentrated in Sekondi have also moved to Takoradi making it more popular and busier as compared to Sekondi.

Speaking to Kishon Nutsugah, who is an opinion leader in Sekondi made it known to Skyy Power 93.5FM that they would like to reinvigorate Sekondi to its glory days through an initiative and they have made the first step by going into a contractual agreement with the State Transport Corporation (STC).

STC has decided to open a lorry station in Sekondi that will convey residents to other parts of the country.

An event was organized to carry out this initiative, during the event, Mr Nutsugah said, ”Sekondi-Takoradi is greatly known for Sekondi. Historically speaking, the first harbour was built in Sekondi, electricity was first brought to Sekondi and railways also started in Sekondi, this makes Sekondi, not just an ordinary town but a town of great importance, it existed before Takoradi came to light”.

He also pleaded with the authorities to fix their roads as they are yet to newly open a lorry station to prevent any accidents from occurring and make Sekondi a better place.