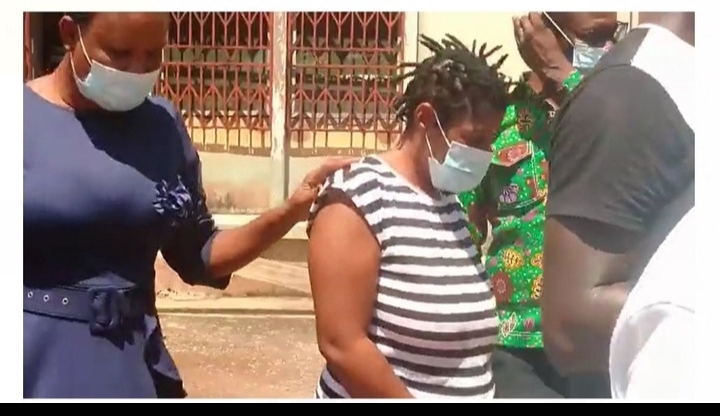 Twenty-nine-year-old (29) Joanah Krah has been sentenced to 6 years imprisonment on Tuesday, October 26, by the Takoradi Circuit Court A.

Joanah was reported to have been kidnapped when his adopted father reported the issue to the Ghana Police after a call was placed to him where the alleged kidnappers demanded a sum of GHS5,000 for her release on Saturday, October 23.

The police upon mounting a search and Joana realising the seriousness and the length of her fake kidnapping reported to the Takoradi Central Police that she has not been kidnapped but only pranked her adopted father.

The judge, his Lordship Michael Ampadu, then sentenced her to six (6) years imprisonment on two counts, publication of false news and also deceiving a public officer.

The child of the suspect will be in the custody of Joana’s adopted father according to the judge.

The two accomplices, Susana Awortwe and Francis Eshun who were arrested alongside the suspect have been released by the Ghana Police as it has been established that they are innocent in relation to the kidnapping.