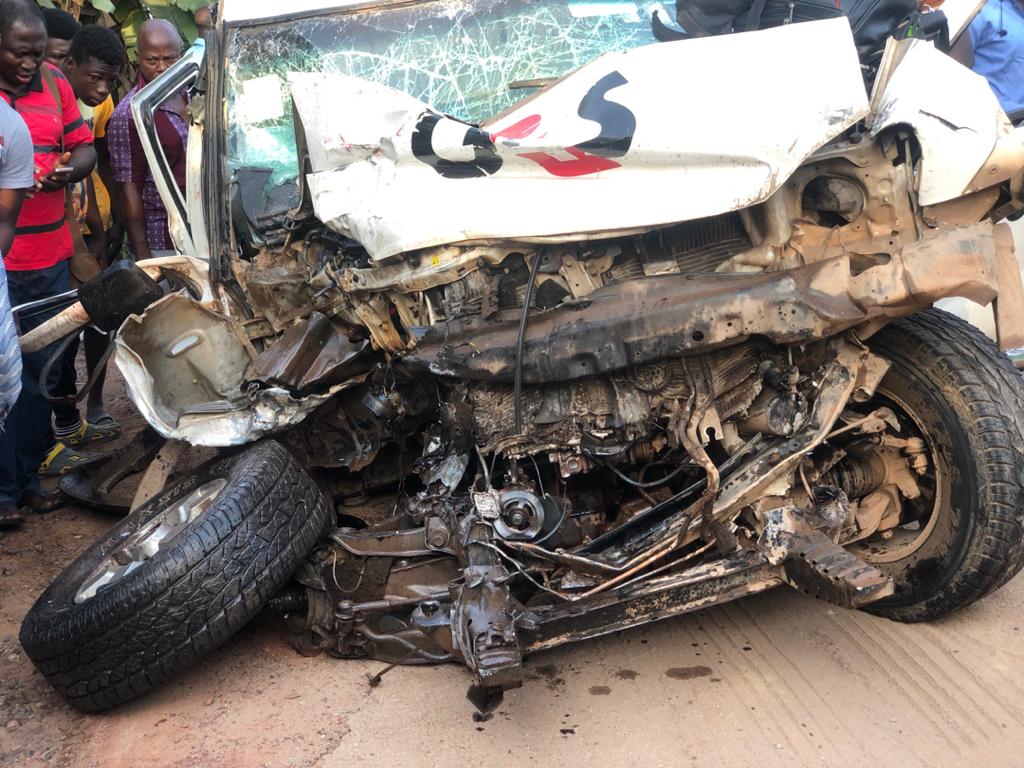 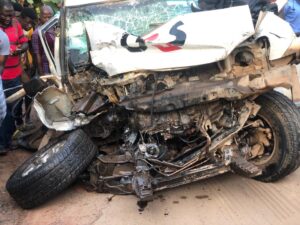 One person is reported dead, with others sustaining several degrees of injuries at Apowa in the Western Region of Ghana.

The Accident which occurred in the early hours of Tuesday, December 22, 2020, involves a pick-up truck and a tanker truck.

The accident happened close to the GHACEM junction on the main Takoradi Agona Nkwanta highway. 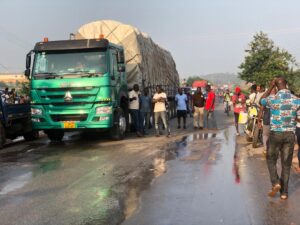 Eye witness report indicates the tanker which belongs to Lady Bird logistics was heading towards Tarkwa from Takoradi.

Whilst the pickup vehicle which is also the property of the G4S security firm was conveying workers from Agona Nkwanta to Takoradi. 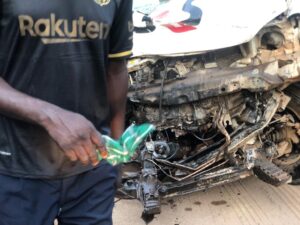 At the business spot close to the GHACEM junction in Apowa, the G4S pickup truck was indulging in an overtaking when it, unfortunately, collided with the tanker truck which was full of load.

Pictures available from the scene indicate the two vehicles are damaged beyond repairs. The passengers onboard the G4S security pickup sustained various degrees of injuries, with one being reported dead on the spot. 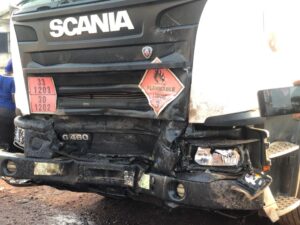 They have been conveyed to the Efiankwanta regional hospital for treatment.

A passenger who was following the pickup in an account indicated that the driver in an attempt to overtake veered off its lane.

He indicates that in an attempt to come back, he collided with the oncoming tanker truck resulting in the accident. 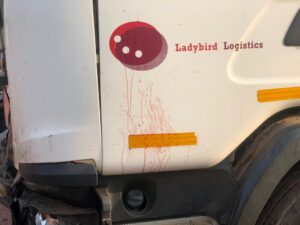 “We were following the pickup truck from Agona Nkwanta so at this junction, he was trying to overtake a vehicle that was leading him.

In the process, his car collided with the oncoming articulator truck and that caused all the problems. We came out to help the workers who were in the vehicle, but their injuries are very serious.

One of them is dead, and the car is damaged beyond recognition.  We took them out of the vehicle and sent them to the hospital”. The passenger narrated. 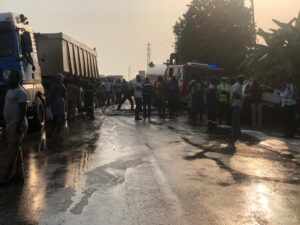 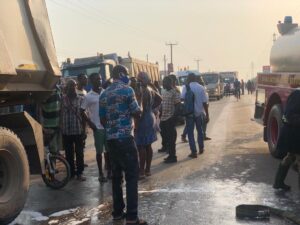 The accident has attracted several onlookers who are wondering how it all happened. The police are currently on the scene to ensure order.