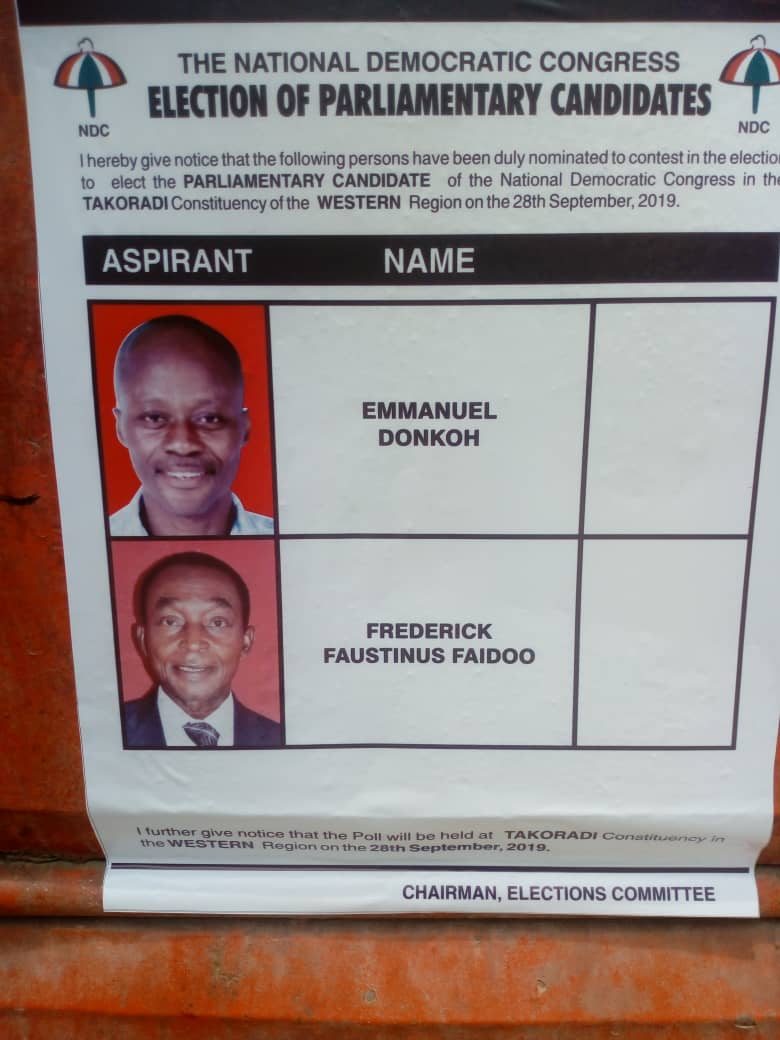 A Parliamentary aspirant of the NDC for the Takoradi constituency, Lawyer Frederick Faidoo is highly expectant of a massive endorsement for his candidature with the ongoing primaries.

According to him, an 80 percent of the votes cast in his favor is assured.

“we want a very wide percentage to show that they really endorse my candidature. But as for winning, it’s a forgone conclusion” he said.

Mr Faidoo is competing with Mohammed Ali Donkor for the parliamentary candidate on the ticket of the NDC.

Mr. Faidoo told Skyy News’ Nana Yaw Kumi that his election as the candidate for the party is assured and that is looking forward to wrestling power from the New Patriotic Party’s 2nd time parliamentarian; Dr Kobby Otchere Darko Mensah.

The other aspirant, Mohammed Ali Donkor on his part said he expects nothing less from the delegates.

” Until the votes are counted I remain silent. Yes, I have the confidence but until the last vote is counted, I will never rest” Ali Donkor noted.

A total of 940 delegates are expected to cast their votes today.