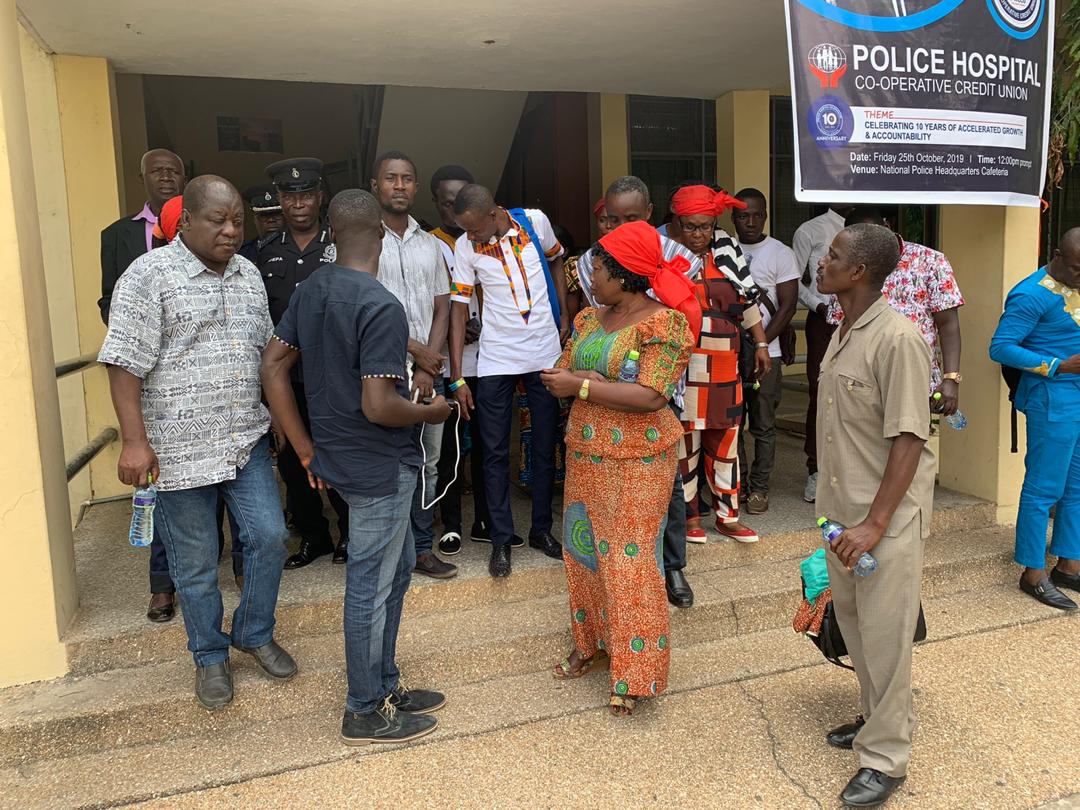 Father of Ruthlove Quayson, one  of 3 of the 4 ”missing” Takoradi girls, Reece Quayson, is heading to court to pray the courts to compel the Ghana Police Service to hand over the skeletal remains or parts, following the Police’s refusal to do same.

His decision follows the Police Service’s refusal to hand over the skeletal remains of Ruthlove Quayson, one of the four ”missing” Takoradi girls, for the family to conduct independent deoxyribonucleic acid (DNA) tests.

Along with the families of Ruth Abekah and Priscilla Bentum, Mr. Reece Quayson represented his family as they met the Inspector General of the Ghana Police Service, James Oppong-Boanuh earlier today, at the latter’s request.

Speaking to Skyy News after the meeting Mr. Quayson revealed he had made the trip to the capital on the back of assurances from the Police that he would be given the skeletal remains if he paid a fee but left the meeting disappointed.

”I am totally disappointed because in the beginning, they (Ghana Police Service) told us that they can provide the bones (skeletal remains) for us. But now, they are telling us that it in involves a court procedure and unless we go to court – to get a court order – they will not hand them over to us. But two weeks ago, I came to see the commander and he made it clear I would have to pay before the bones are handed over and I did not object. Only for them to tell us today that they cannot hand them over unless we go to the court” he revealled.

Reece Quayson confirmed he will head to the courts to seek justice.

”I will head to court because the stories don’t add up. To me it appears they just want to close the docket on this because madam Tiwaa made bold promises of returning the girls and within a few months, the Police tell us they can’t even identify the bones unless the forensics. So from here, we will go to the courts and pray the court to compel the Police Service to hand over the skeletal remains so we can conduct our independent tests” he disclosed.