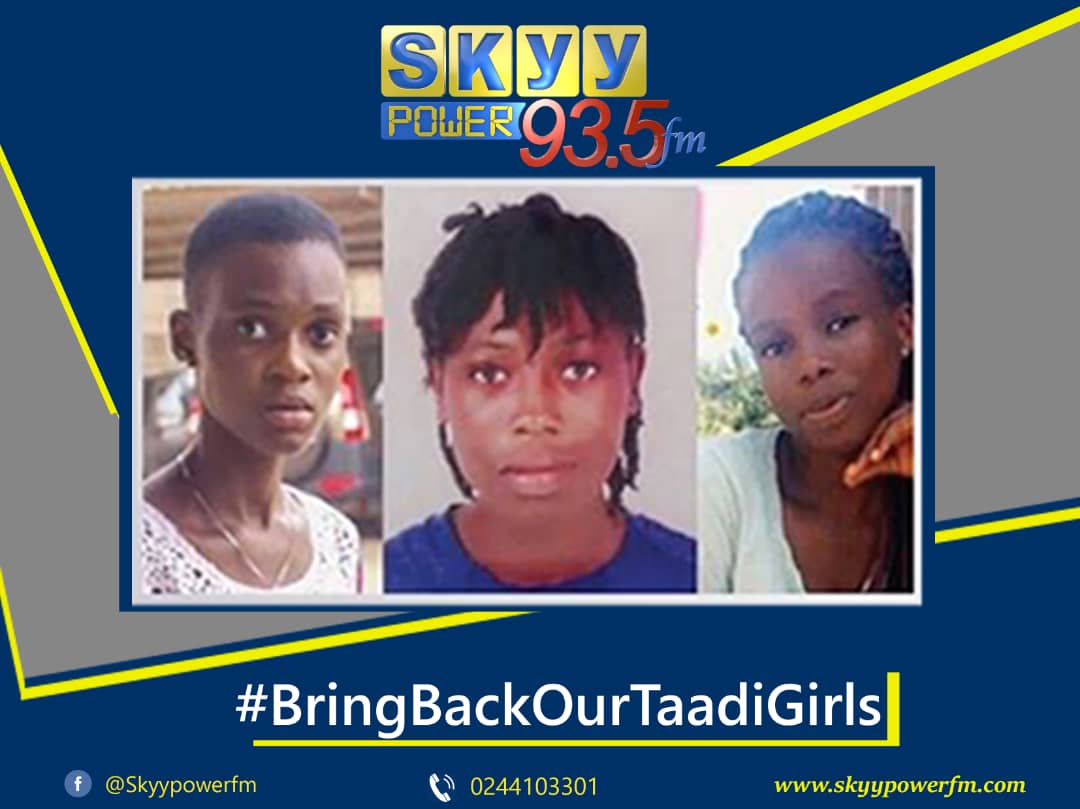 Families of the three kidnapped Takoradi Girls have ordered the state security and government to “Stop the Kangaroo court hearing” and get their daughters rescued. The families are not enthused by the manner with which investigations are being handled by Criminal Investigations Department, and to a larger extent the prosecution of suspects to the case.

The families in a press release questioned the failure of the state investigative body to expedite investigations and rescue of the girls but was swifter in rescuing the Candanian girls.

“What is most shocking is how the Ghana police service/National Security Operatives were able to gather all arsenal to rescue the two missing Canadian nationals with the speed of light three weeks after they were reported missing. So we ask, why Can’t the same security agencies in the country use that “Usain bolt” speed to bring back our girls?”, they fired.

They have based upon the “deceptive information” they have received overtime from the Police CID, asked they [Police and Government] “stop raising our hopes and later come to dash them as have been the case all these while”

“They should also stop the false reportage to you the media about the case” they stated.

Below is the full release

Good morning ladies and gentlemen of the Media

We the families of the three Kidnapped Sekondi/Takoradi girls called this August press conference to make a passionate appeal through your various media to as a matter of urgency address the issues surrounding the kidnappings that have thrown the entire Sekondi-Takoradi metropolis into a state of shock, soberness and apprehension

On April 2, 2019, the criminal Investigation Department (CID) of the Ghana police service led by COP Tiwaa Addo -Danquah organised a Press conference to tell the whole country that “we know where the girls are. They are safe and they will be brought home soon” only for her to make a U-turn after media backslash to say that she was misunderstood and that she only said that to comfort the grieving family? Wow!

Secondly, a Ghanaweb publication of June 17, 2019 captioned Missing tadi girls are alive and fine, rescuing mission is underway to bring them home which was attributed to the National Security Minister Hon Bryan Acheampong has been over a month now without a glimmer of hope

Furthermore, in an interview monitored on ABC News in Ghana, the National Security Minister indicated that the location of the girls is known and that the security agencies are working assiduously to bring them to their families I think that in terms of where the investigation is leading us, I know we know where they are and so people of the media we put this question, if you know where the girls are, why don’t you go and bring them. It is not as easy as that and that is where we want to clarify so you don’t put it in the minds of people of Ghana that “we say we know where they are” as false and misleading. We know the country that we are and we are doing everything possible yo bring them back he said

Ladies and Gentlemen of the Press, What is most shocking is how the Ghana police service/National Security Operatives were able to gather all arsenal to rescue the two missing Canadian nationals with the speed of light three weeks after they were reported missing.

So we ask, why Can’t the same security agencies in the country use that “Usain bolt” speed to bring back our girls?

The first suspect Samuel Willis stated earlier in his statement that, the second suspect John Oji knows the where about of our girls and that should he (Oji) be found, he could show where the girls are.

Ladies and Gentlemen of the Press, it has been over a month since the arrest of this second suspect, yet no information has come from the suspect himself nor the police

As we hold this press conference, the families of the three missing girls are so desperate for news about their daughters and their whereabouts. This is giving us sleepless nights with its attendants health implications

It’s been about 12 months since the first victim, Priscilla Bentum was Kidnapped in August 2018 before the two others, Priscilla Mantebea Koranchie and Ruth Love Quayson followed respectively in December of the same year

From the aforementioned, the affected families would want to state the following

1. The Ghana Police Service and Government officials should stop raising our hopes and later come to dash them as have been the case all these while. They should also stop the false reportage to you the media about the case

2. We want the Authorities to investigate who aided Samuel Wills the first suspect to escape from the Takoradi Central Police Station as he stated he was aided by a police officer. Two police officers have since been transferred from the division.

3. Stop the kangaroo court hearing that the state is running thereby keeping the aggrieved families in the dark

We are calling on all our statesmen, the present and past presidents of Ghana, the Christian counsel of Ghana, the Muslim community, civil Society Groups and the diplomatic missions to intervene for us because the desperation and the perplexity are simply weighing us down not to talk of the toll being taken on us by the deafening silence of the government and our security Agencies

We know God will do it, but he does it through human being but our fear is when the human being is not ready to be used