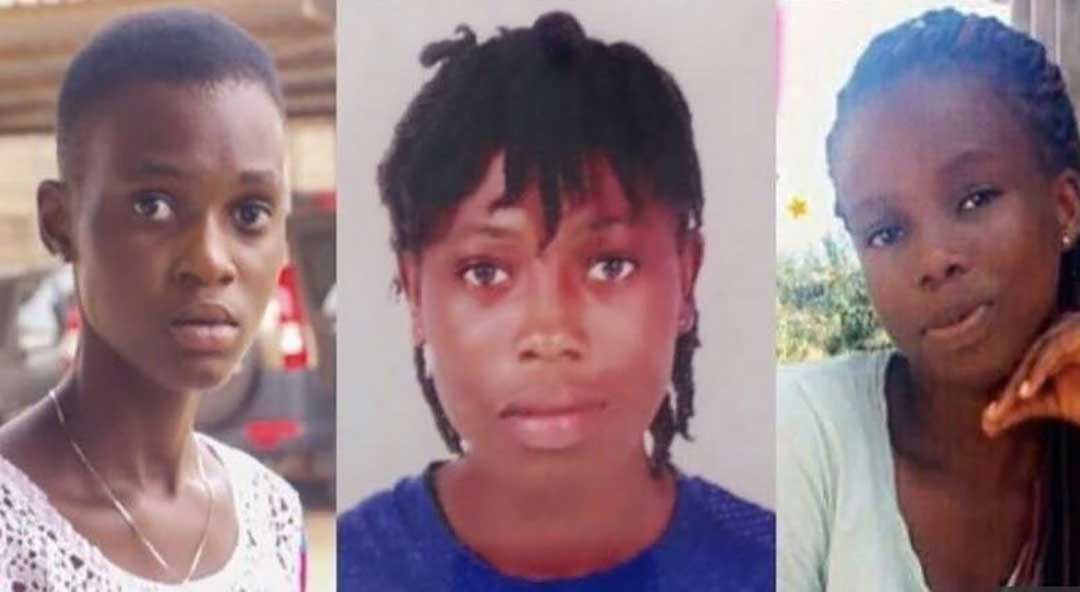 Details are emerging about the investigations conducted by the Bureau of National Investigations (BNI) into the saga involving the Takoradi missing girls.

According to BNI sources, the outcome of the investigations paints a different picture from the recent revelations at the Takoradi house of the prime suspect, Samuel Udoetuk Wills, 28, in the kidnapping case where human parts had been discovered by police officers from the Criminal Investigations Department (CID).

A little over a week ago, CID operatives stormed the uncompleted residence of Udoetuk Wills at Kansaworodo in Takoradi, retrieving human parts believed to be the remains of four people suspected to have been killed by the kidnapper.

There are strong suspicions that the human parts may be the remains of the kidnapped girls and another girl, Ruth Abakah, earlier declared missing in July 2018.

However, BNI sources told DAILY GUIDE that contrary to the latest breakthrough of the CID in unravelling the puzzle surrounding the missing girls’ case, the prime suspect, Samuel Udoetuk Wills, after a series of interrogations ‘confessed’ to BNI interrogators in March that the girls were shipped to Nigeria in December 2018 and January 2019.

The BNI had been tasked to take over the investigation following his non-cooperation with the police CID after sending them on a wild goose chase on several occasions.

Udoetuk is said to have indicated that the three girls – Priscilla Blessing Bentum, Ruth Love Quayson and Priscilla Mantebea Kuranchie – were sent to Nigeria in two separate trips and allegedly sold to a baby making factory for a fee of $5,000 (2million Naira) each.

The suspect mentioned a certain woman called Mama as the operator of the ‘baby factory’ and that they were taking to a place in Onitsha, Anambra State of Nigeria.

Samuel Udoetuk claimed that he carried out the atrocious act in connivance with two other people including Prince Oji Nweke who has turned to be John Oji currently standing trial with him for the disappearance of the girls and a certain Chika Nnodim who was recently arrested in Port Harcourt, Nigeria, awaiting a possible extradition to face the law in Ghana.

According to the sources, the suspect indicated that Priscilla Bentum who was said to have been first kidnapped was transported to Nigeria in December by Nweke and Chika, while Priscilla Mantebea Kuranchie and Ruth Love Quayson were followed in January through the Aflao border.

The girls were said to have been heavily sedated to avoid raising any alarm.

With this information in hand, the BNI was said to have followed up on it and confirmed the existence of a baby factory ring in the Eastern Nigerian commercial town of Onitsha, where young girls are sold off to kingpins for the purpose of making babies for adoption by rich families in Nigeria and elsewhere.

BNI beaming with confidence, according to sources, this led to the press conference held by the CID boss, COP Maame Yaa Tiwaa Addo-Danquah, who beat her chest about to close in on the whereabouts of the missing girls.

The CID never rested on the case leading to the latest discovery of remains of four people.

The parents of all the four victims were said to have paid ransoms to the suspects at a point in time after the suspects contacted them.

The BNI sources are wondering if the confession statement extracted from the suspect was not another wild goose chase in view of the latest revelations in Takoradi where human body parts were retrieved from a house where the prime suspect lived before his arrest.