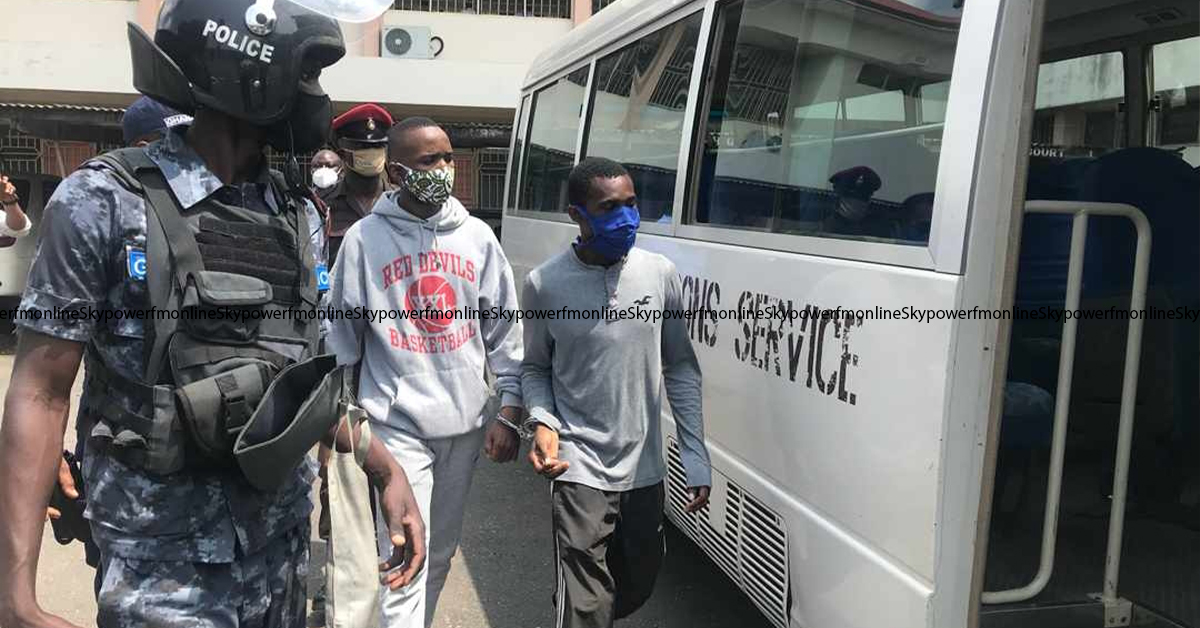 The Sekondi High Court One has today March 5, 2021, delivered its judgment in the trial of the two men accused of kidnapping and murdering Priscilla Blessing Bentum and Ruth Abekah, in some parts of the Sekondi Takoradi Metropolis in 2018.

Reports from the court indicate the accused persons were convicted on eight counts. the Jury who sat on the case found them guilty on all the counts and sentenced them to death.

Some family members who spoke with our reporter Nana Yaw Kumi expressed mixed feelings about the judgment. Mr. Bentum insisted his daughter is still alive. Mr. Mintabea Koranche on the other hand, however, others who believe their relatives are no more.

The final judgment follows the end of the submission by the defense lawyers of Samuel Udeotuk Wills and John Oji.

At the last sitting, the prosecution was made to file their written addresses on Wednesday, February 17, while the oral hearing of the jury was heard on Wednesday, March 3.

The forensic examination had earlier confirmed the identities of the girls after the police had retrieved their remains from a septic tank in the vicinity of the residence of the accused.

During cross-examination by the Chief State Attorney, Madam Patience Klinogo, the second accused, John Oji rejected the investigators’ statement that they had retrieved some Facebook conversation between him and the first accused, Udeotuk Wills.

He explained that the mobile phone he used did not support social media applications.

Madam Klinogo has said Oji and Wills had discussed the use of blood sacrifices for money in those conversations but Oji disagreed with her.

She asked: “During one of such conversations, first accused asked whether you can kill someone for money and you said yes,” but Oji replied: “I disagree”.

“Again Udeotuk Wills asked you whether cocaine can make a lady stupor and you said no but he should rather use heroin,” Madam Klinogo pointed out to Oji, who, again, disagreed.

Madam Klinogo, then asked: “Which of the four girls did you know?” and Oji said: “I did not know any of them”.

The prosecutor asked: “Do you know Priscilla Blessing Bentum?”, but he answered in the negative.

“I put it to you that you knew her, she was your girlfriend,” Madam Klinogo pointed out to him, but Oji replied: “I don’t even have a girlfriend in Nigeria. I don’t know any Priscilla”.

The Prosecutor told him: “On 17th August 2018, you personally kidnapped Priscilla Blessing Bentum and you told the first accused about it?” but Oji said: “I disagree with that”.

“On 29th July 2018, you and the first accused agreed to cause the death of Ruth Abekah,” she stated, but Oji, once again, disagreed.

Oji and Wills were arrested by the police following the disappearance of Ruth Love Quayson, 18, a graduate of the Fijai SHS in Takoradi; Priscilla Blessing Bentum, 21, a student of the University of Education, Winneba, residing at Kansaworodo, a suburb of Takoradi, and Priscilla Mantebea Korankye, 15, a student of the Sekondi SHS.

The disappearance of the girls gained national attention for months as the security services conducted intensive investigations to find the girls and the culprits, while human rights campaigners joined the anguished parents to put pressure on the government to get results.

Summary of the issue