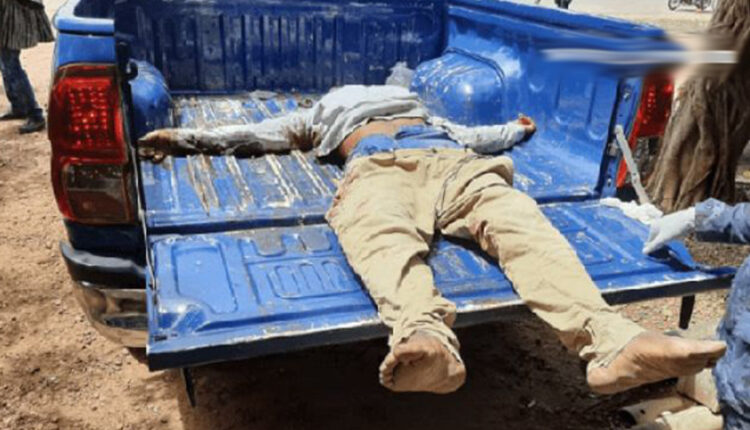 A suspected armed robber has been shot dead by a joint force of the Western Region Police Command and the Police Intelligence Unit. The deceased is believed to be part of a group of armed robbers who shot a sixty-one-year-old man on Monday, April 12, 2021, at Amanful in Takoradi.

The robber, now deceased, identified as Shankiki, 30, together with his accomplice were said to have engaged the police in a shootout at Elmina on the Cape Coast highway after the police attempted to arrest them. They were on a blue motorbike with registration number M-20 GW 6060, eyewitnesses indicated.

The suspects in their bid to outsmart the police used a sticker to cover one of the numbers on the motorbike.

Police investigations later led them to the hideout where suspect Inusah Fuseine aged 25 was also arrested. The police retrieved an AK 47 ammunition, a live tortoise and a talisman.

The Western Region Public Relations Officer of the Ghana Police Service, DSP Olivia Ewurabena Adiku said that her outfit has also launched a manhunt for the suspects who escaped during the shootout while the body of Shankiki has been deposited at the police mortuary for preservation.