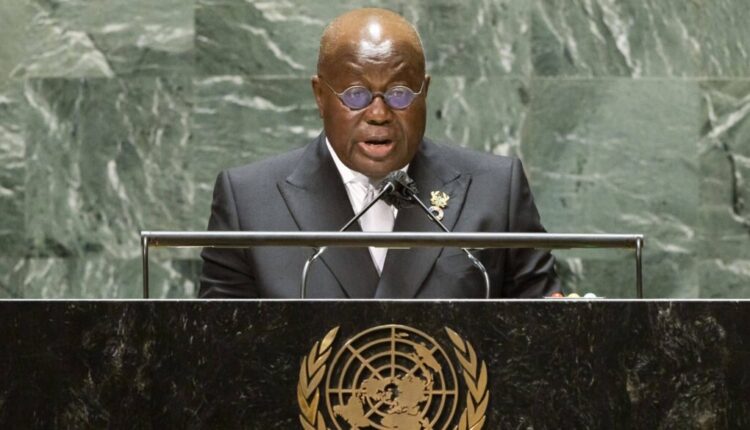 Africa, with its untapped potential, was the new frontier for manufacturing, technology, and food production, he noted, accounting for more than 60% of the world’s uncultivated arable land.

“Africa is ready for business. Africa needs you and you need Africa,” When it was his turn to speak during the general debates of the 77th Session of the United Nations General Assembly on Wednesday in New York, the President addressed the assembled world leaders.

The high-level General Debates of the UNGA77 opened Tuesday, September 20, 2022, with the theme of “A watershed moment: transformative solutions to interlocking challenges.” It would end on Monday, September 26.

President Akufo-Addo urged the investor community to view agrobusiness in Africa as more of an opportunity than the perceived, exaggerated risk, which in his opinion has been false but the dominant narrative. He did this by drawing on the impact of the Russian-Ukrainian war that has led to global food crises.

“There is a renewed commitment towards inclusive and sustainable industrialisation and economic integration and the intensity of the challenges we face today is only matched, like never before, by the immensity of the opportunity before us.

“Incidentally, 2022 is billed as Africa’s Year to take action on food and nutrition development goals. We see the current geopolitical crisis as an opportunity to rely less on food imports from outside the continent and use better our sixty per cent global share of arable lands to increase food production.

“We have enough land, enough water, enough gas and enough manpower to produce enough fertilizer, food and energy for ourselves and for others. You need Africa because Africa is busily building the world’s largest single market of 1.3 billion people,” he stated.

The President was upbeat that the potential and opportunities of the continent’s agro-industry were a strong point for the investor community to increase investment to boost Africa’s food production, with the continent’s agribusiness sector expected to reach about $1 trillion by 2030.

“See Africa for what it is: the new frontier for manufacturing, for technology, for food production,” he said.