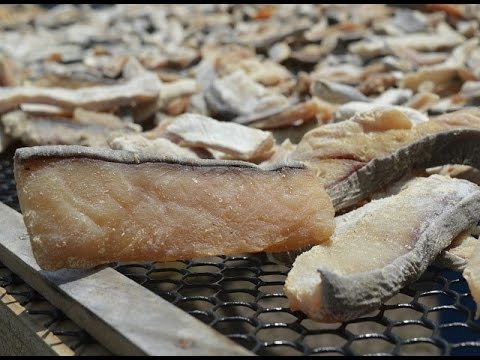 The Western Region Director for the Food and Drugs Authority, Mr. Abu Sumaila is cautioning the general public to stop the consumption of ‘Kako’ a special salted fish in the market of Ghana.
Mr. Abu Sumaila was speaking in an interview with Skyy Power FM in Takoradi.
His caution follows the invading of some dolphins on the shores of Axim during the Easter holidays.
According to him, the Food and Drugs Authority together with other bodies have ensured the safe burial of the dead dolphins but the community members have confirmed that some were sold out.
According to Mr. Abu Sumaila, his outfit is currently surveying the various markets that are close to the spot where the incident happened.
He adds that people process Dolphins as ‘Kako’ and it is expected that some of the dolphins are making their way to the various markets.
He says that the FDA is investigating the issue and the public, especially those living around the spot should for now put a stop to the consumption of ‘Kako’.
“For now, all I can advise is that let’s stop the consumption of Kako for now. Some of the dolphins were sold out and there is no trace so the best advice is to suspend the eating of Kako for at least one month. Whilst the investigation and education are ongoing. This will force those who have some of the dolphins in their homes to bring them out. Even if they have the idea of selling to the public, they will stop”. Mr. Abu Sumaila noted.
He assured that there is currently no trace of the dolphins in any of the markets but his outfit is tightening the surveillance.
“Our main focus is the markets in half Asini, Axim, Dixcove, and all those places. We have been looking around if some have found their way into the markets. But for now, I will advise that we stop eating Kako for the next one month”. He noted.
Several dolphins found their way to the shores of Axim beach alive.
The fishermen caught them and started selling.
The FDA warns that there is a convention against the consumption of dolphins.