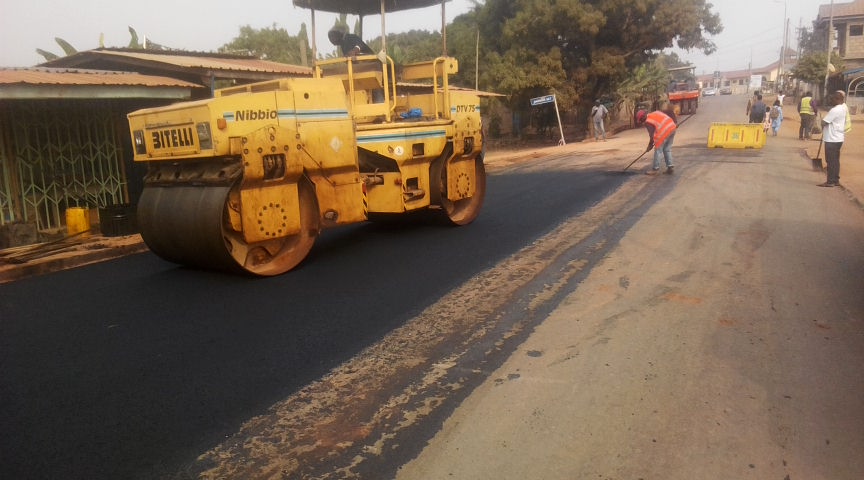 STMA: Urban Roads Eng justifies asphalting sections of roads at the expense of reconstructing dilapidated ones

The Sekondi Takoradi Metropolitan Assembly has justified the asphalting of some link roads, typically in the Takoradi Sub-metro, that were hitherto bitumen surfaced.

Residents couldn’t fathom why the assembly spent hundreds of tax-payers money on these projects at the expense of some reconstruction projects that have been abandoned for years. Most residents believe these expenditures are wasteful.

But responding to these complaints at a recent briefing with the press, Urban Roads Engineer of the Sekondi Takoradi Metropolitan Assembly, Mike Dzisi said these spendings are justified, in so far as they are economically efficient and aimed at prevent the roads from further deterioration.

“We are not wasting resources at all. When the road begins to develop cracks, you see it and you don’t appreciate but we see it an are alarmed.

“We saw Paa Grant developing cracks, if we had done the overlay at that time some of you would have said what you are saying today- that we wasting the money. We didn’t do it. We lost Paa Grant but we are coming to correct in January” he stated.

The Mayor for the City, Anthony K.K Sam hinted of some asphalting work on some link roads and the reconstruction of other ones in the  Sekondi Takoradi Metropolis that will be taken, for the year 2020.