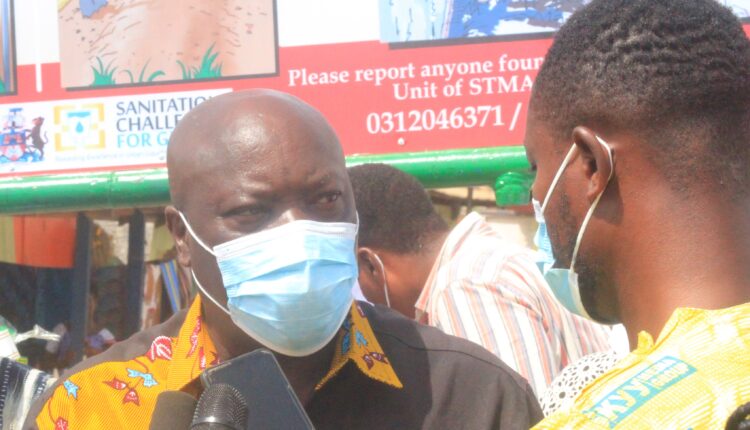 Skyy Power 93.5FM on Wednesday, April 7, 2021 took the Jolly Breakfast Show to Ngyiresia, in collaboration with the Sekondi-Takoradi Metropolitan Assembly (STMA) in a campaign to stop open defecation in the community which has been a problem for decades.

Open defecation in Ngyiresia has been a major problem in the community for decades, as residents have turned the shores of the sea as their place of convenience and not much has been done about the situation. This has stunted the growth and development of the community as nothing seems to improve, no investments in the town due to the which is due to the attitude of the locals.

One of residents said ” I fear to contact any disease at the toilet because the place is unhygienic and smells very bad, when you go on top, you will see people have messed everywhere and will rather defecate at an open place”.

Speaking at the program Abdul Mummin, the Sekondi-Takoradi Metropolitan Assembly Mayor addressed that, It is a law and compulsory for every individual to have a toilet in the home. The problem with Ngyiresia residents is attitudinal and lack of education. We will keep educating them to change their attitude towards the open defecation and put up strict measures to desist people from open defecation.