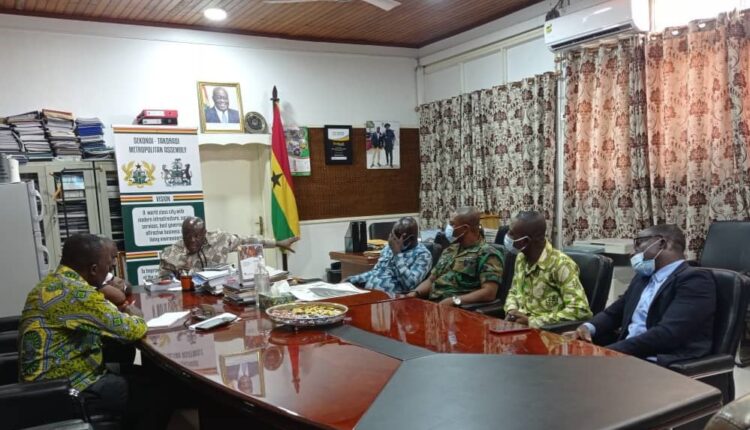 STMA plans to patch all potholes before Christmas season

The Mayor of Sekondi-Takoradi Metropolis, Hon. Abdul Mumin Issah, together with the Metro Coordinating Director, Mr John Owu has engaged in a meeting with some lead departmental heads to discuss and plan on ways to decongest the city ahead of the major construction projects coming up in our metropolis.

The meeting which was held with the Metro Urban Roads Engineer, Transport Officer, Head of Metro Guards and the Legal officer was to discuss constructive ways to put in control measures to mitigate the effects of the congestions coming into the city as a result of the construction of the Takoradi Interchange which is already in effect and the Paa Grant interchange scheduled to begin early next year.

According to the Metro Urban Roads Engineer, work is in progress to patch all potholes within the Metropolis before the Christmas season. The Assembly wishes to assure all motorists that it will do its best to ease traffic flow in the midst of the construction.