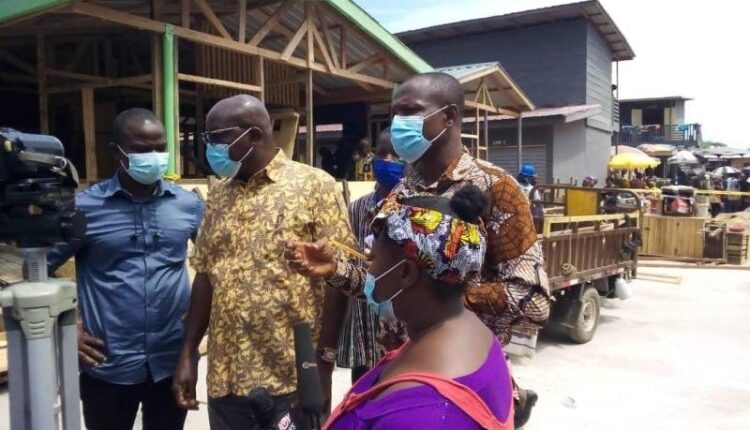 The Sekondi-Takoradi Metropolitan Assembly has assured traders of its commitment to get them settled in the temporary market.

Mr Abdul-Mumin Issah, the STMA Mayor, who gave the assurance at a press briefing, said the assembly had enough space for everyone and prayed the traders to exercise restraint.

He was, however, unhappy that original occupants of stores were selling them to new people thereby worsening complaints and agitations among traders.

The Assembly, after months of notice to the traders at the 93 years old Market, issued an ultimatum to get traders to the temporary market.

He said, “We have received lots of complaints that original owners were selling their shops to new tenants…you can see many of the shops are locked and this is the reason.”

The Mayor said the Assembly would engage the original owners of the stores to find solutions to the situation.

He said even for hawkers and traders who sold under umbrellas in the old market, the Assembly was planning to create a pavilion to accommodate all of them before the rainy season to enable them to make a living.

“So far, about 80 to 85 percent of traders have been given stores or sheds …our new problem is the reselling of the facility by original owners to new entrants…but we shall handle it.”

Meanwhile, some traders have been asked to find a place at the jubilee park.