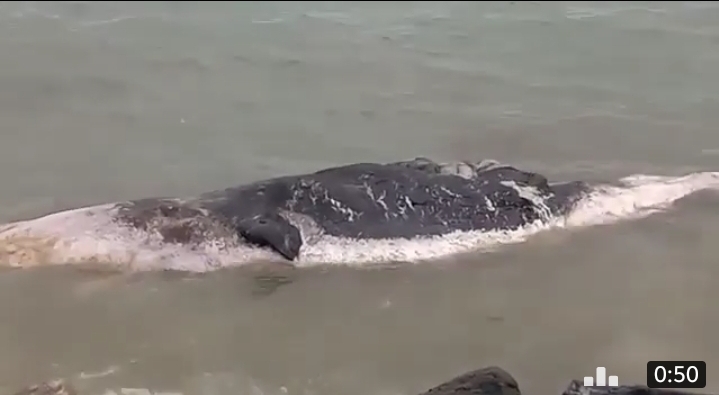 A dead whale has been washed to the shores of Nkotompo, a community in Sekondi of the Sekondi-Takoradi Metropolis.

The body of the whale was washed to the shores of Nkotompo on Wednesday, October 6 according to residents and has since developed a stench that has engulfed the whole community.

Residents are complaining and also pleading with the right authorities to do the needful by dragging the whale out of the community shores since the stench emanating from its rotten body is unbearable.

Some of the residents who spoke to Skyy Power FM and spotted in their homes were seen covering their noses with cloth and mask to avoid the stench and wondered what would happen if the corpse of the whale stays at the shores a few more days.