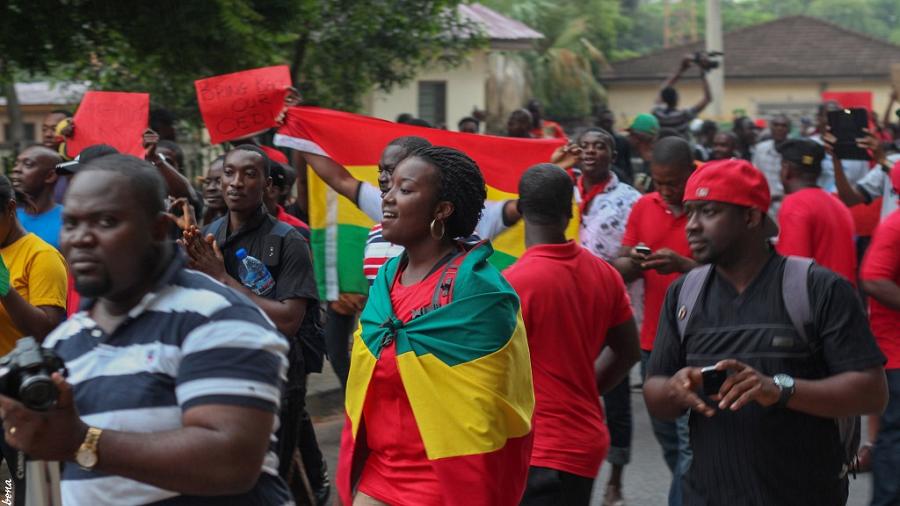 The local union of the Financial Business Services Employees Union (FBSEU), of the National Lottery Authority (NLA) chapter, has appealed to President Akufo-Addo not to extend the contract of the Authority’s Director-General, Mr Kofi Osei-Ameyaw,.

According to them his re-appointment would incur the wrath of staff and all Lotto Marketing Companies (LMC) and
partners.

The staff demonstration which was staged at the offices of NLA in Accra on Monday March 1, said since the appointment of Mr Ameyaw, revenue generation of the NLA had dwindled and there was no redemption of the same in sight.

They alleged that the NLA had for sometime now defaulted in payments which hitherto was a non-issue.

They added that the default payments included: but not limited to, payment of wins as at February 2021, saying that the authority had outstanding wins estimated at GHc10 Million with some dating back as far as May 2020.

The said currently, staff at the Tamale branch were under serious attacks for non-payment of wins.

“What is most embarrassing is that staff emoluments (inclusive of COS Payments) which had entrenched timelines are currently not being honored and no concrete reasons are given for such delays.

“In the same vein the Acting Director of Finance, Mr Ernest Mote is struggling to meet the authority’s financial obligations due to the financial mess the authority currently finds itself.

“The fiasco e-kiosk project is dead and cannot be resurrected. The CEO has surrounded himself with bodyguards (Soldiers and Police) making it difficult for staff to have access to him.

“Currently there is no functioning Human Resource and all Heads of Departments are in acting capacity throughout his tenure; there is no Head for the Legal department, not even an acting Head, all calculated in furtherance of his hidden agenda to run down the authority,” they said.

“For the past four years as Director General of the authority, he has only visited only three out of the 13 Regional offices, this is a clear indication that staff welfare and working conditions are the least of His worries. ”

The staff accused Mr Ameyaw of making unrealistic donations to attract media hype that would ensure his re-appointment as the Director General.