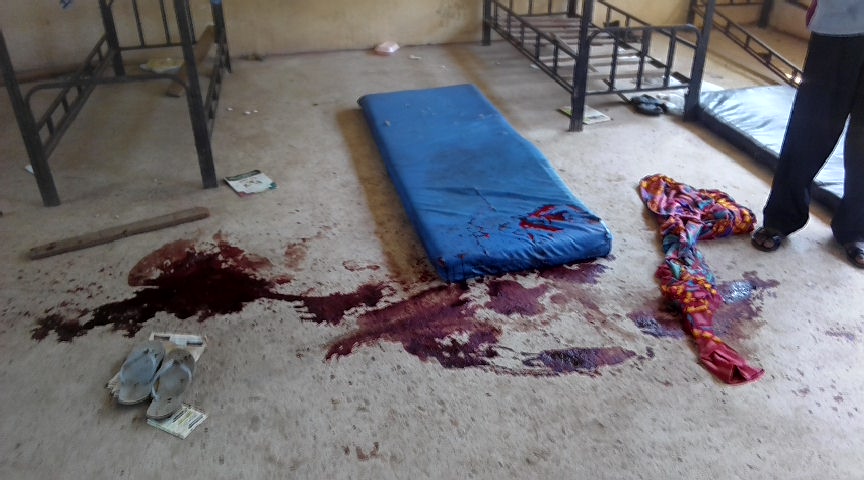 The Kwesimintsim Police Command has picked up one person, suspected to be a member of the gang that looted and injured two students of the St. Mary’s Boys Senior High School at Apowa in the Western Region. The name of the suspect is yet to be disclosed but sources close to the police says the young man is a resident of the Apowa community, and is in his early 30’s.

“He was picked at his hideout following a lead by one of the students, when he and his team attempted another robbery spree Sunday evening at one of the dormitories” our report Nana Yaw Kumi has gathered.

Items including food provisions, text books, radio sets, slippers among others were found at his hideout. The police is on a hot pursuit for two other suspects of that crime.

Two students of the St. Marys Boys SHS; Abdul Majeed Alhassan and Osborn Osei, all 17 years of age, were attacked on Friday night at 2300hrs at their dormitory (House 4). They sustained severe cutlass wounds in the head during the attack and were rushed to the Kwesimintsim Hospital for emergent treatment but were referred to the Cape Coast Teaching Hospital for proper care.

The victims are currently responding to treatment.