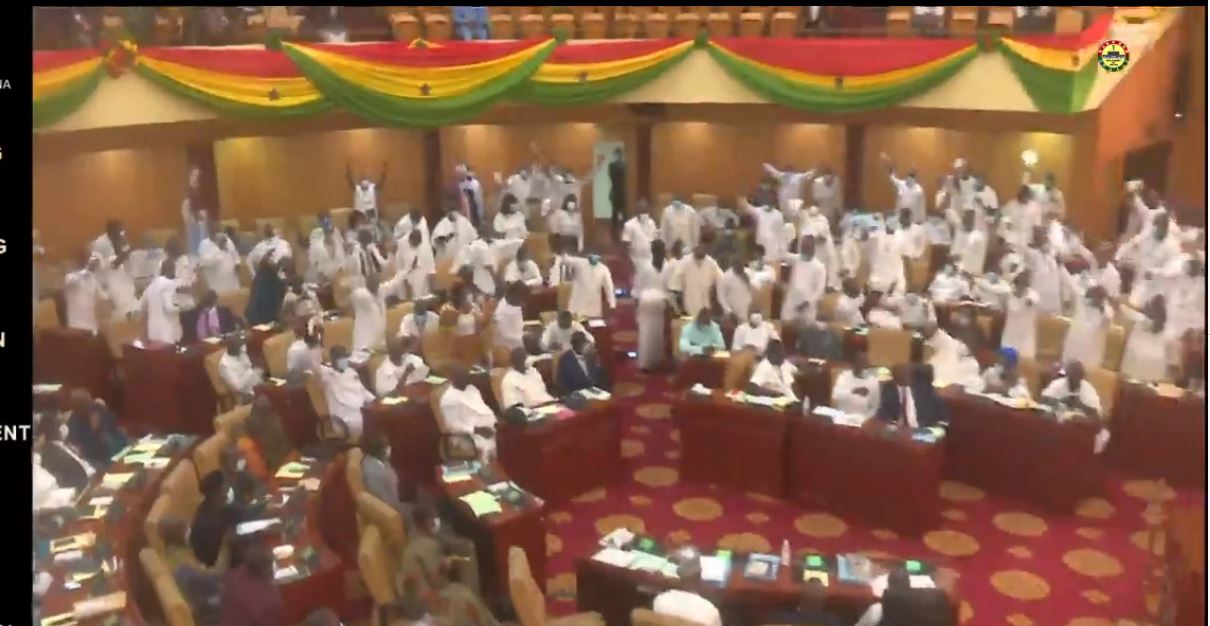 The announcement by Mr. Alban Sumana Bagbin follows the official declaration of the Member of parliament for Fomena, Mr. Andrew Amoako Asiama to be on the side of the NPP to enable a smooth transaction of business in the house.

“The House will accord him (Andrew Amoako Asiama) the space to do as he stated,” Mr. Bagbin noted to members from both sides after referencing the Fomena MP’s declaration.

The NPP caucus in parliament reported as early as 5 am to occupy the majority seats in the house. most of them were clad in white to signal victory. Soon after the announcement by the Speaker, the NPP caucus activated their jubilation mood.

The issue of who becomes the majority leader in parliament became debatable in the country, soon after the 2020 general election. The National Democratic Congress won 137 seats, whilst the NPP recorded the same. The choice of the Fomena MP joining the NPP side was initially struck out by the NDC for reasons that he did not win the seat on the ticket of the NPP.