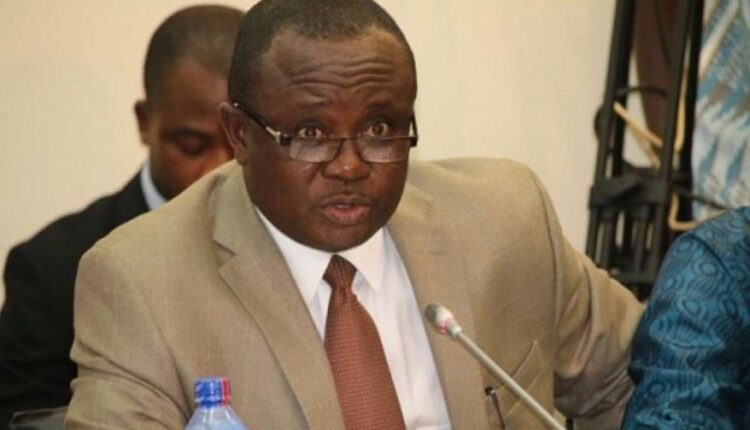 Speaker directs that modification to 2022 Budget be made an attachment

Mr Joseph Osei-Owusu, the First Deputy Speaker of Parliament, sitting as Speaker, has directed that modifications made to the 2022 Budget Statement and Economic Policy of Government be made an attachment to the original budget.

He gave the directive when the modifications made by the Minister of Finance to the 2022 Budget Statement and Economic Policy of the Government were laid before the House for deliberations.

He recalled that on November 30th when the budget was being approved by the House, the Minister of Finance in moving the motion, indicated that the Budget was subject to modifications.

“Whether you call them concessions or what, he (the Finance Minister) is proposing modifications and that modification is what is being laid to the House. It is not anything that is a surprising act,” Mr Osei-Owusu said.

Mr Haruna Iddrisu, the Minority Leader in Parliament, said the Minority was a very responsible opposition; declaring that, “and therefore, we engage and we are engaged with Government, appreciating that social consultation is important to save our country and the economy…”

He said the Minority was calling for transparency from the Government in the management of the nation’s resources.

He noted that they could not reach a consensus on the subject of e-levy being introduced by the Government.

“Mr Speaker, we believe that the e-levy is punitive and it will undermine our quest to build a critical economy in seeking to tax (electronic financial) transactions,” Mr Iddrisu said.

He noted that the Minority was guided by the public good and that they think that monies recovered from the Auditor-General’s report could as well as compensate for the imposition of e-levy.

“So, Mr Speaker, we on this side (of the House), we are unable to support the Government in its quest to impose an e-levy at 1.75 per cent on momo (mobile money) and affiliated transactions including remittances… Therefore, we stand opposed, and at every level that e-levy is introduced, we will stand united to oppose it because of the effects on the core poor of the Ghanaian people.”

He assured the Minority that they were ready to work together for the sake of mother Ghana.