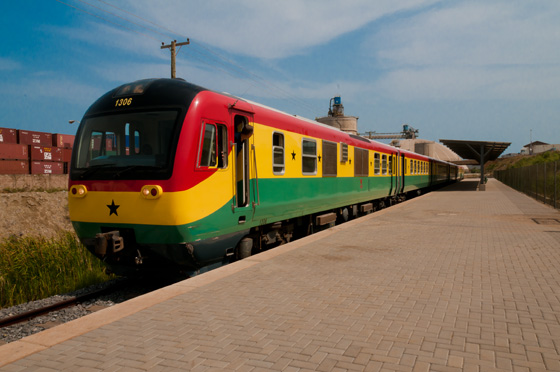 President Nana Addo has hinted that a standard gauge line will be constructed into the Port of Takoradi to facilitate the haulage of bulk cargo. The project, according to President falls within government’s agenda of rehabilitating the Western Rail Lines.

He noted in his ‘State of the Nation’ address in parliament today, that the narrow gauge line that runs from Takoradi to Kojokrom will be converted into a standard gauge line.

President Nana Addo added that the contractor working on the Western Line, have been charged to continue the development of the standard gauge line from Manso to Huni Valley.

Most promising in his address, is the assurance of extending rail connectivity from Iduapriem to Kumasi of the Western Line.

Currently, the Ghana Railway Company Limited, have commenced passenger train service from Takoradi to Tarkwa. Daily traffic since the beginning of the free passenger service and the commercial passenger service, recorded an average of 500 passengers per day.