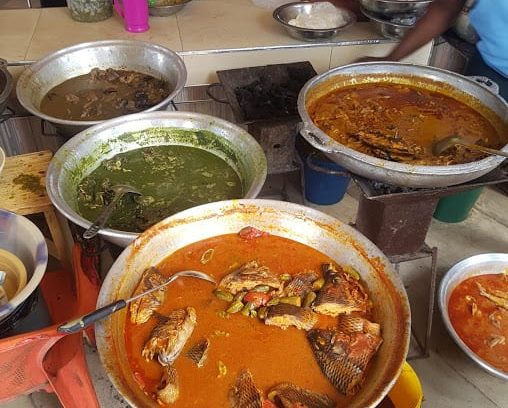 A joint operation by the Sekondi-Takoradi Metropolitan Assembly (STMA) led by the Environmental Health Department has led to the closure of some eateries and public toilets whiles some have been warned.

Speaking on the Jolly Breakfast Show on Friday, September 30, Mr Abdul Karime Hudu, the Environmental Health Officer said they embarked on this exercise to inspect the hygienic condition under which some facilities were operating, particularly public toilets and eateries.

During the exercise, 4 restaurants were closed down after their visit, during their inspection, they realised the kitchens of some of these eateries were in a bad state and prepared their meals under unhygienic conditions.

According to Mr Hudu, some eateries had very dirty kitchens and were not up to the preferred standard which led to the contamination of their meals as even at the time of visit, they sighted dead flies in their food.

These particular eateries were in the business capital of Takoradi which included Davi Ama Chop Bar and three (3) others that were eventually shut down in the process.

He indicated that this exercise is to ensure the public’s safety and also make sure the recent cases of food poisoning in the metropolis is not repeated.

Also, two (2) public toilets in the business centre of Takoradi were shut down in the process as their sewage was connected directly to the open gutters of the public.