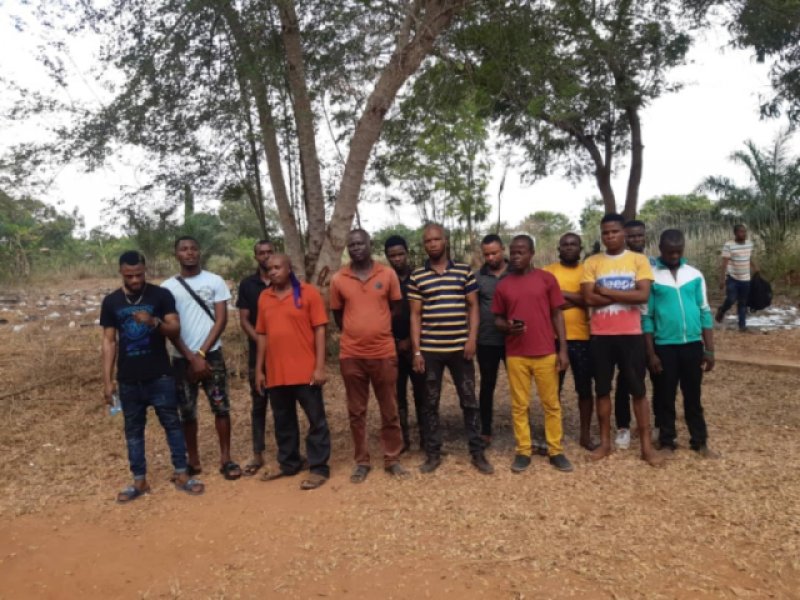 Some 151 illegal ECOWAS nationals intercepted by GIS at Akanu barrier

A total of 151 ECOWAS nationals were intercepted for illegally making entry into Ghana’s jurisdiction, when its borders with neighbouring countries were still closed.

They were made up of 119 Nigerians, 22 Nigeriennes, seven Beninnoise, and three Ivorians, who earlier gained entry into the country through the unapproved border routes with the assistance of cross border syndicates.
This is barely two weeks after erecting a barrier occasioned by the Ketu North Municipal Security Council (MUSEC) in collaboration with the Akanu Sector Command of the Ghana Immigration Service (GIS), at Akanu on the Dzodze-Aflao road network to track influx of illegal immigrants.
Mr Felix Klu-Adjei, Public Relations Officer, Volta Regional Ghana Immigration Service, who disclosed these to the Ghana News Agency said the foreign nationals have since been returned to neighbouring Togo after necessary security arrangements with security personnel of that country were reached. 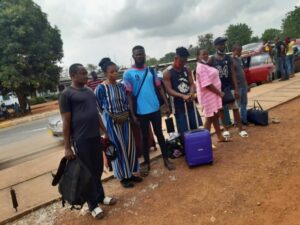 He said the proposal for the checkpoint was tabled in a Municipal Security Council (MUSEC) meeting by Assistant Commissioner of Immigration (ACI), Mr Felix Agyeman-Bosompem, the Akanu Sector Commander of the GIS.
He said the main objective behind the new road block is to strategically and effectively manage the border as well as coordinate and counter the illegal points of entry and exit at the Ketu North border enclave 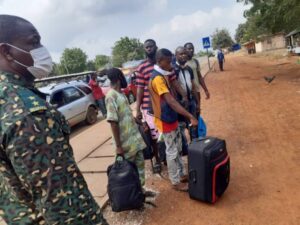 The Ghana Immigration Service is by this communique cautioning all foreigners who were aiming to enter the country illegally to desist from such illegal practice since the land borders were not yet operational for human passage.
The Ghana Immigration Service would like to express its profound gratitude to the good people of the Region for cooperating with the Command operations at the various checkpoints, borders.
SOURCE: GNA