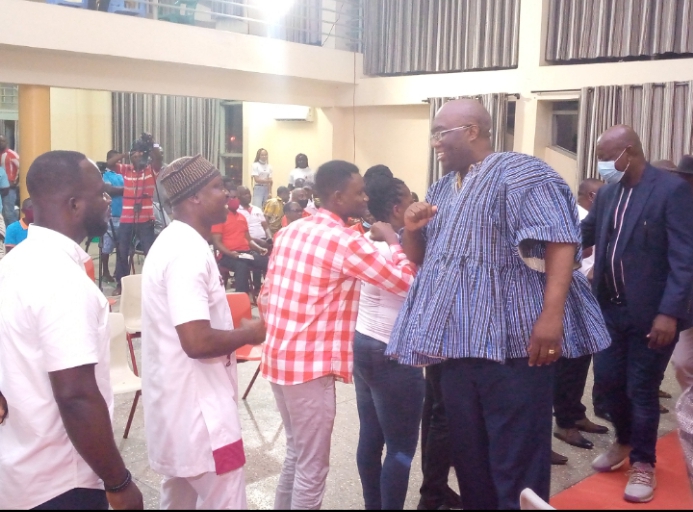 A Parliamentary Candidate (PC) of the opposition National Democratic Congress (NDC) Mr. Michael Otoo has indicted Sekondi Eleven Wise officials for making the club a constituent body of the ruling New Patriotic Party. The NDC PC for Effia Constituency also accused the club for deliberately or stealthily sabotaging the NDC and its sympathizers.

Mr. Michael Otoo made these derisive remarks in an exclusive interview on Skyy Talking Sports, a weekend sports discussion programme hosted by Oti-Asirifi.

Mr. Michael Otoo who is contesting for the Effia seat for the second time, alleges that the Western Show Boys now appears to be an appendage of the NPP, a situation he describes as “dangerous, discriminatory and wrong”

“During the inauguration of the new management, everything was clear that the NDC had been invited to be embarrassed; I mean how do you grant an ordinary NPP Constituency Secretary a VIP treatment, allow him to sit on the high table, while the NDC PCs including Prof. Dr. Grace Ayensu, whom you had invited, were left in the midst of the ordinary people?”. he quizzed.

“That was not all; the NDC PCs were not recognized during the introduction of dignitaries, until later in the course of the programme, when someone prompted them to do the needful”, he alleged.

It would be recalled that on the 22nd of September this year at the Sekondi Youth Centre, Sekondi Eleven Wise inaugurated their newly formed management with Ambassador Joseph Ackon and James Asiedu Kenyah as CEO and deputy CEO respectively.