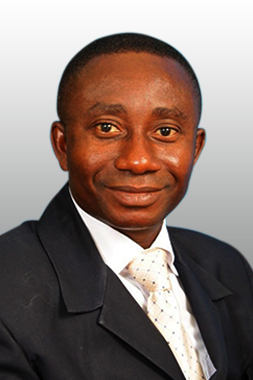 It has been an exciting yet an experiential week for Ahantaman Rural Bank, partnering Skyy Power fm to mark its 22nd anniversary. The media giant in the Western and Central Region has dedicated the anniversary to promote local business, with the introduction a week long program christened Business in Focus, where corporate entities are granted the opportunity to man talk-shows, news and other programs live at the studio.

The very first of these encounters, which ends over the weekend is with the Ahantaman Rural Bank. Chief Executive Officer for the bank, Mr. Ben Afful Eshun shared with Skyy News how fulfilling it has been for the company. He entreated other corporate bodies to grab the amazing opportunity to sell their service and exploit the partnership with the Skyy Media Brand.

“We’ve had a lot of exposure especially at a time when the banking sector was hit with some challenges.

“We’ve even begun realising some changes in our business…confidence is building up, and yes, people have even gotten to know that the bank [Ahantaman Rural Bank] is strong and therefore those who have deposits are increasing their deposits, and others creating more” he remarked.

Mr Eshun also commended staff that made time to participate in the various radio programs during the week.

Here are a few shots of moments they share with Skyy Media Group.

BACK ACNE: EVERYTHING YOU NEED TO KNOW