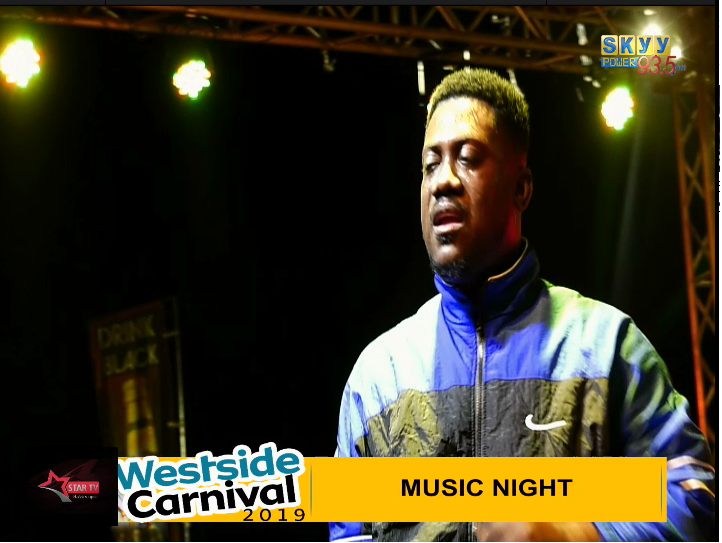 Popular Tadi-based Hiplife artist, Ayisem has scored that Skyy Media- MTN Westside Carnival remains the most outstanding and patronized event in the oil city. Undoubtedly, the festivity remains unparalleled since its inception fourteen years ago.

It has become a major Christmas event in Sekondi- Takoradi promoting indigenous masquerades culture and musicians, not just in Ghana but to the world.

Patrons of this event travel abroad, and other parts of the country to witness the occasion in colorful masqueraders dress and dance to popular brass band music.

Ayisem who was among a couple of artist billed for the music night, shared with Skyy News how fulfilling the annual event has been.

“So far that is the best media group. They’ve been doing this for more than a decade and is still reigning. Everybody is enjoying it… the same venue and trust me its still amazing. It doesn’t get boring” he said.

Ayisem is sparking hope in the hearts of the oil city; Sekondi Takoradi and Ghana at large, of the return of one of Ghana’s hiplife sensation, Castro the destroyer, who has gone missing for the past six years. Ayisem in his final words after performing at the Music Night of the 2019 MTN-Skyy Media Westside Carnival called on all fans and sympathizers to trust that their beloved brother [Castro] is alive and would return soon.

“Castro is still alive. That’s the feeling and believe I have” he stated.