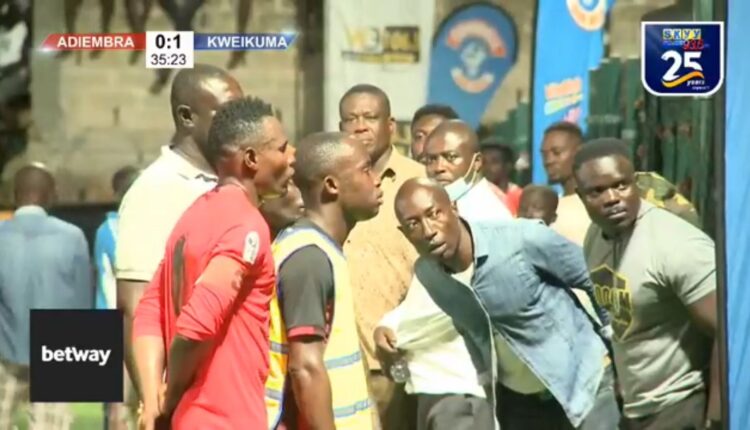 The maiden edition of the 2022 Sekondi Yesu Asor Inter-Community Soccer Gala Competition was a success thanks to the Video Assistant Referee (VAR), an innovative idea to deter the event from controversies.

The final between Adiembra and Kweikuma was intense and competitive as the officials had to be careful in awarding and making decisions to change the nature of the game.

VAR technology introduced by Skyy Media Group for the 2022 Inter-community Soccer Festival saved the final, as the Referee had to rely on it to award a 90th-minute penalty for Team Adiembra.

Because the Kweikuma captain and officials saw the review, there was no negative response. The penalty was kicked over the bar, resulting in Team Kweikuma lifting the Cup.

In the 3rd place match played before the grand final, Asemansedo pipped all-star Assafo by a goal.

For a maiden edition, this has been very successful. Betway, Schweppes, Cowbell, Hon Andrews Mercer, MP for Sekondi supported.