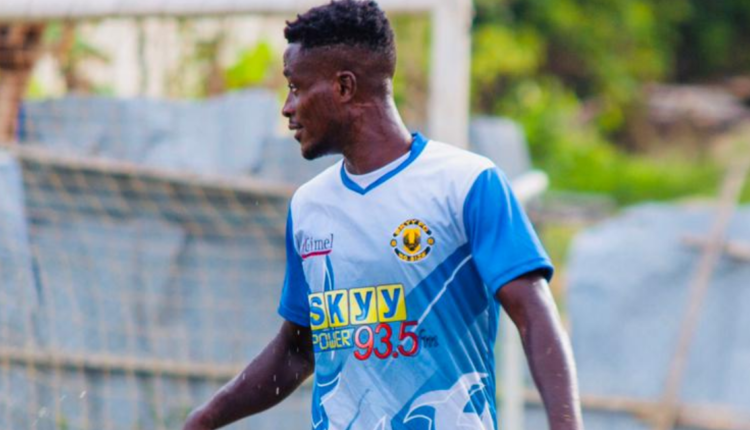 Skyy Sports can confirm that, goal poacher, Ebenezer Adukwaw, has moved to Premier League side Elmina Sharks after reaching an agreement with them.

Adukwaw had 5 goals and 4 assist in 13 games for Skyy FC last season in the Division One League.

Adukwaw helped Skyy to secure the second position, and qualify for the maiden edition of GFA DOL Super League which kicks start early next month.

Adukwaw is known for his eye for goals, dribbling skills, confidence on the ball etc and had previously played for Villa Afrique, Hasaacas.

He has been called to the National U20 on three occasion by top coaches like Yaw Preko and Karim Zito.

Speaking to Shammo, he thanked the president and management of Skyy FC for the opportunity and believe they had in him and wish them well in the upcoming season