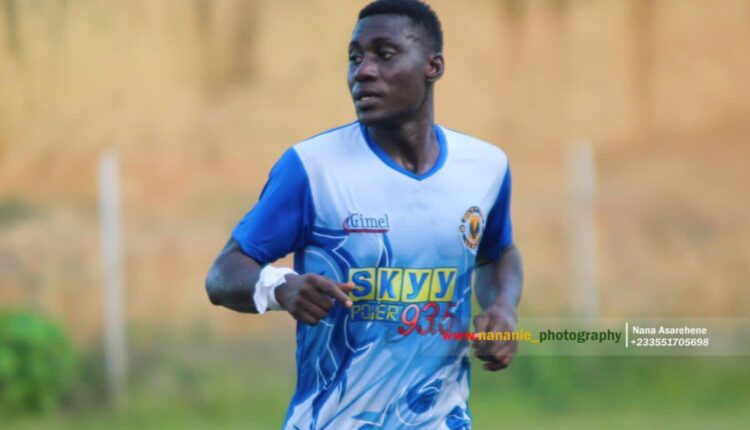 Skyy FC, after going down by Emmanuel Sefa’s goal on the 40th minute, put up a spirited second half performance and crowned it by scoring three goals within fifteen minutes to bag the 3 maximum points.

This win puts Skyy FC back on second position on the table following Samartex 1996 FC’s one all draw against Sekondi Hasaacas.

Interestingly, all three goals scored by Skyy FC were substitutes brought on by coach Malik Mohammed.

Sann Ibrahimi cancelled the Unistar lead connecting a well worked out team play. Frederick Quayson scored a belter on the 80th minute, his first for Skyy FC on matchday 23.

Sanni Ibrahim was brought down in the penalty area to give Skyy FC a penalty opportunity on the 86th minute.

Teacher Oteng who came on for Isaac Donkor on the 75th minute took responsibility to score the third goal throwing the Daboase fans into a frenzy. With this win, Skyy FC has revived hope for possible Premiership qualification with seven more matches to be played.

With 7 more matches to be played, Goldstars leads with 7 points. According to Capt. Martin Owusu, the qualification ambition is not over until the last day of the 30 Match marathon season.