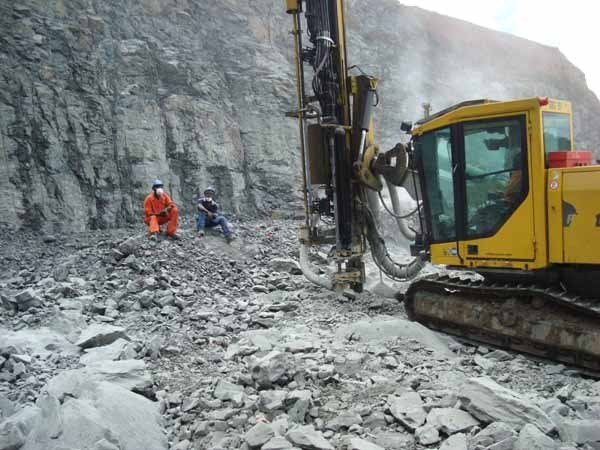 The indefinite closure of the Ghana Manganese Company Limited has been described as wrong and needless given the socio-economic implications on workers and the country at large.

The argument as resonated by the Secretary of the Professional and Managerial Workers Union of the Ghana Manganese Company Limited, Nana Owusu Oppong, is to protest the consequential “indefinite leave” that has been slashed on workers of the company following a directive by the Ministry of Lands and Natural Resources to shut down the company.

Over two thousand workers have been asked to proceed onto an indefinite leave as a result of the shutdown, causing some psychical and social unrest for the affected workers.

Nana Owusu Oppong speaking exclusively to Skyy News cried that the livelihood of workers and their dependents would be affected very badly.

“Over two thousands of these workers in Ghana Manganese, including their families feed from this company. So if we are going to go home like this, it means our livelihood have been cut short” he said.

He wished that government could have taken an approach to resolve the matter with management without having workers suffer the consequences.

“In any case, if whatever audit that you have conducted in the company is true, we don’t think the best way is to say shut down” he fired.

He prayed that government call on management to interrogate the matter, taking into consideration any responses that they would provide to the audit findings.

The Ministry of Lands and Resources announced an indefinite close down the Ghana Manganese Company Limited (GMCL) citing huge loses to the state for the period of 2010 – 2017. The decision, according to the sector Minister, Kwaku Asomah-Cheremeh, follows the apparent lack of transparency in the operations of some mining companies in Ghana which has been a source of “serious concern” to the Ministry. Hence the Ministry decided on an audit of the company to ascertain the cause of loses. Findings from the audit were based on Fair Pricing Model utilizing best business practices, open source data as well as information obtained from verifiable business intelligence centers.

Results indicated that an additional revenue residing offshore from 2010 to 2017 with no transfer pricing audit performed prior to 2017 recorded loses of a whopping $259m. Further, loss of dividends within the period amounted to $6.1m while additional corporate tax due was $79m. Aside the findings of the audit report, Cheremeh added that in late 2014 and 2015, just before the sales agreement reached between Manganese Trading Limited (MTL) as the sole off-taker of the total volume of the manganese produced by GMCL, there was a manipulation of the sales in order to stockpile ore prior to adjusting the price downwards by $0.65 for every DMTU.