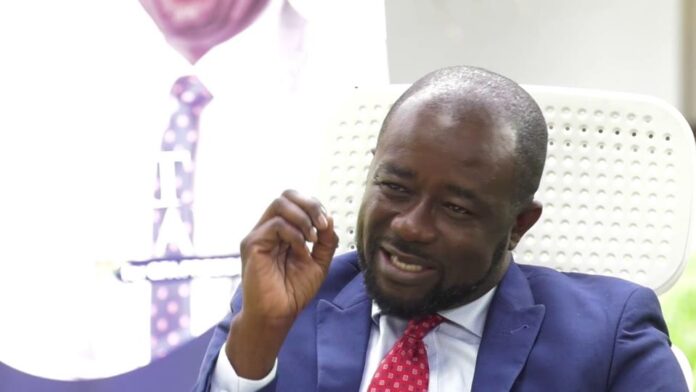 The Ghana Football Association (GFA) President, Mr Kurt Okraku says the squad that represented Ghana at the 2021 African Cup of Nations football tournament were the best they had so far.

Speaking on the Jolly Breakfast Show on the Skyy Power 93.5FM on Thursday, January 20, Mr Kurt indicated they are disappointed in relation to their shambolic performance at the AFCON21, but they are now looking forward to the World Cup and will improve in terms of performance and preparation.

Emphasizing the selection of players, he indicated the 28 players who represented Ghana were the best at their disposal and any good player who was not selected, was not available.

Talking of the rebuilding process of Ghana football, he indicated the building or fixing of the problems in Ghana football starts from the foundation which they have already begun with the process.

However, it will take time for the full effect to be realised but unfortunately, as they are in the building process, they will still have to compete at the highest level of football which is the AFCON and World Cup.

Also, since most Ghanaians are putting blame on the player selection, he is open to other options of players who are talented as Christiano Ronaldo and Lionel Messi to be included in the Ghana squad.

He said, “The players who represented Ghana are the best players we have, if there is a Ronaldo or Lionel Messi type of player somewhere who will move straight to our first eleven, just let me and I will include him.”