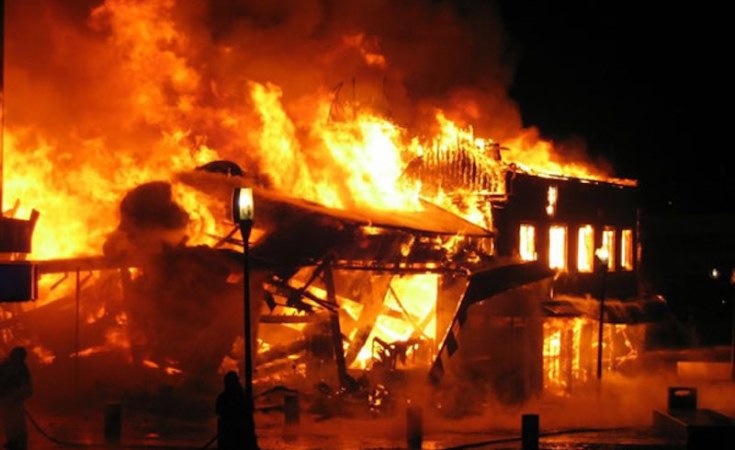 The National Disaster Management Organization (NADMO) in collaboration with the Ghana National Fire Service in the Shama District has embarked on sensitization exercise to curb bush-fire and domestic fire accidents or disasters. The community outreach program drawn from the International Day for Disaster which was observed in October this year, was extended to Assokor Essaman a rural community in the Shama District of the Western Region.

The rationale for this exercise, according to the District Coordinator for NADMO, Michael Nyan is to instill some best practices and attitudes in the citizenry on disaster control management, especially fire, as we get into the harmattan season.

He indicated that, without a change in attitude, efforts by the organization and other stakeholders in the fight against bush and domestic fires and the preservation of the environment will be fruitless venture.

Mr. Nyan stressed that the preventive approach taken by the organisation will reinforce basic safety mechanisms, prevent property losses and casualties associated with such disasters.

He however, advised the public to handle all gaseous or inflammable items, and electrical gadget with utmost care so not to cause any calamity.

Fire Divisional II officer, Rev. Father Nunoo, in an exclusive interview with Portia Cudjoe explained that, Shama District has volunteers in the communities who can assist farmers when they want to prepare their farmlands through burning of weeds and shrubs.

He is convinced that “if the public are equipped with fire- fighting tools such as smoke detectors and fire extinguishers in their homes… as the Kenyan proverb says- We should put out fire while it is still small- there wouldn’t much to fear for”.