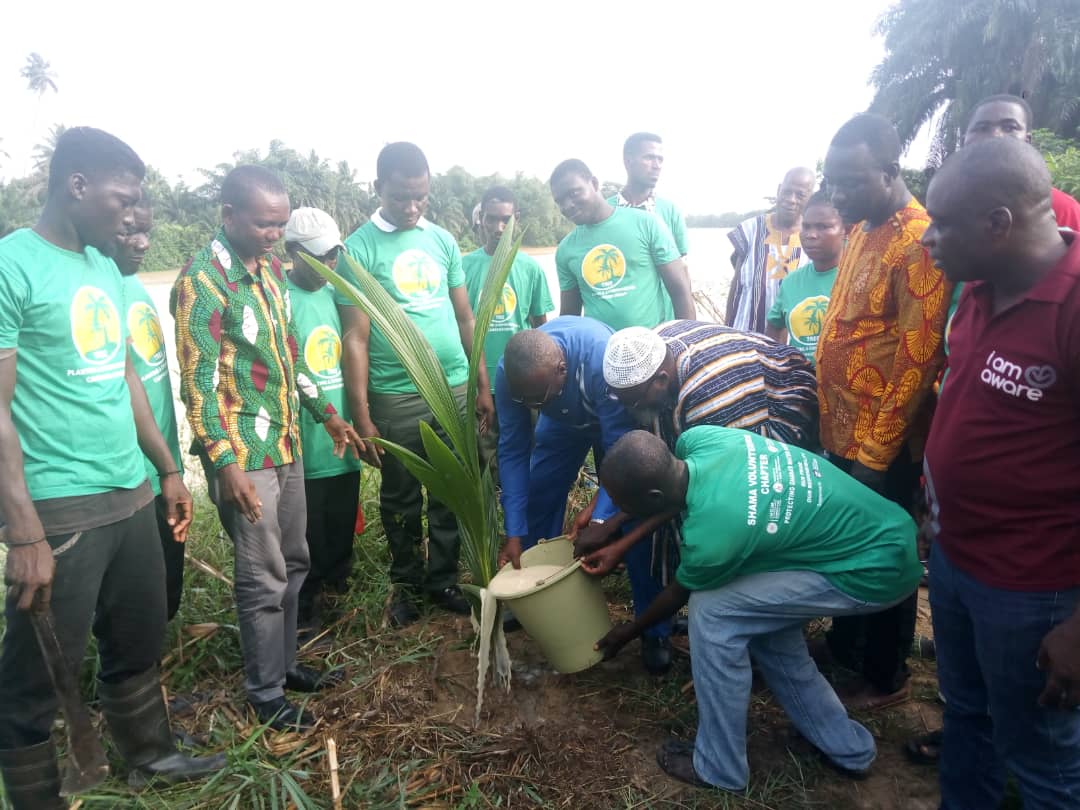 This initiative, is a pilot taken with the Shama and Wassa East District of the Western Region, under the auspices of the Ministry of Local Government and Rural Development, and the Inter- Ministerial Committee on Illegal Mining (IMCIM), as a deliberate measure to protect the country’s water bodies. The planting of the hybrid coconut trees along the river side is expected to improve vegetation cover along the water bodies, whiles checking on encroachment of the buffer around them.

In this regard, about thirty volunteers have been inaugurated to plant these trees. District Chief Executive for the area, Joseph Amoah disclosed that the pilot will be taken in a three month period. He thus entreated volunteers to demonstrate their citizenship duty by committing fully to the agenda.

“…as a volunteer, you don’t look at what you are receiving in terms of allowances or something, but at least you are dedicating yourself to a course. Whatever they are doing, its not only for themselves but for the present as well as the future generations” he reiterated.

An officer in charge of this program at the IMCIM, Mr. Patrick Tarmartey, indicated that the hybrid coconut trees will mature in a four year period.

He added that the work of the volunteers will compliment surveillance by the anti-galamsey taskforce, on and along the water bodies.

Galamsey Fraud: OSP’s investigation may take some time but I got the patience- Charles Bissue

Galamsey Fraud: I will wait on the OSP even if it takes a decade- Bissue

REPORT: Two years after getting its prospecting license back, Takoradi Gold...