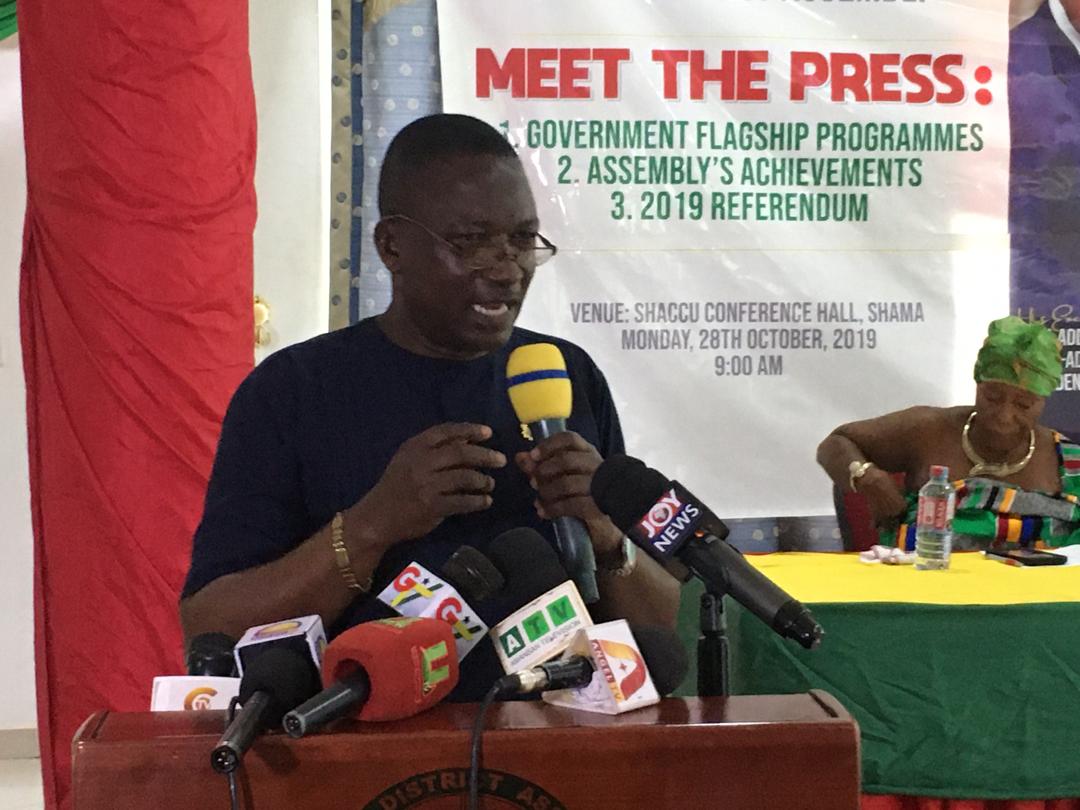 Persons and companies that have resorted to mine clay without prior approval and licensing from the local assembly and regulatory agencies have been advised to do the needful or risk being arrested and fined.

For years, these clay miners have been mining clay in the Shama District for tiles manufacturing company in the Western Region. Learning of their illegal operations and the devastating nature of their work on the environment, especially on agriculture, the District Chief Executive, Joseph Amoah is threatening to crack the whip to end it.

Speaking at a meet the press encounter yesterday, Mr Amoah said a series of meetings have been held with the chiefs, landowners, security agencies and the tile manufacturing companies in an attempt to curb this illegality.

“…we’ve also engaged KEDA Ceramics to speak to their suppliers on the need to do responsible mining but we also realised that the land owners are also to be blamed because sometimes they give the land out without recourse to the assembly.

“In fact we’ve engage EPA, Minerals Commission to also ensure that these people obtain the necessary licenses and permits” he narrated.

The Impact on Rice Production

The Shama District is one area in the Western Region with huge deposits of kaolin, a clay mineral used for ceramics and other industrial works. Areas such as Supomu Dunkwa, Old Daboase Juntion, Atwerboanda among others in the district have large sections of rice farmers due to the swampy nature of their lands. These areas are also host to plantations or farmlands being captured under the government’s pro-agricultural policy of the Planting for Foods and Jobs. With the continued operation of these unregulated mining business, it is feared that the rice production programme under the Planting For Foods and Jobs will suffer.

Asked if these illegal operations could have any negative impact on rice production Mr Amoah responded that lands that have been earmarked for that initiative have not been affected yet.

“We have areas that have been earmarked for rice production and they have not yet entered into those lands. These are lands that the Agric Department together with the Ministry of Agriculture have demarcated. We’ve sent information about them and there are plans for a project on rice production which Shama has been factored.

“It has not affected the plan, all the same, with regards to other food crops and other things in a way its being affect. As I said we need to engage the landowners” he emphasized.