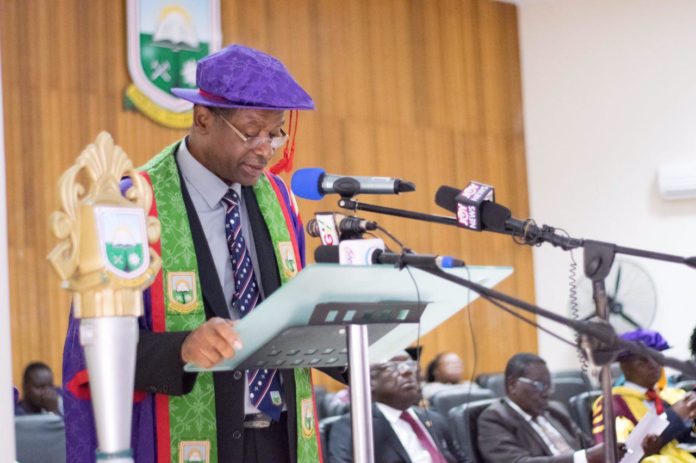 The University of Mines and Technology (UMaT) has recorded the highest female enrollment in the history of the school’s admissions.

Vice chancellor of the University, Professor Jerry Samuel Yaw Kuma, who disclosed this at the school’s 16th Matriculation ceremony for fresh students, indicated the figure was the highest ever recorded in the history of the school.

”Out of 3,005 applications received for undergraduate admission to the various programmes the school offered, 2,927 were from Ghanaians, whilst 76 were international applicants. However, the University was only able to admit 681 students, representing 23% of the total applicants. Out of this; 461 – representing 68% – are males, whereas 218 – representing 32% are females.I would like to indicate here that this increment in female percentage enrollment is the highest in UMaT’s history” he mentioned.

Professor J.S.Y. Kuma explained that this was made possible because of policies that school had rolled out.

”This is because as a University, we have been working seriously to encourage more women to study engineering through several initiatives. This we have done over the years through our gender mainstreaming policy to increase the percentage of women studying engineering in our University to 50%” he disclosed.

5 ways how lack of sleep affects you

Upgrading of Effia Nkwanta Hospital into Teaching Hospital to begin 2020-...